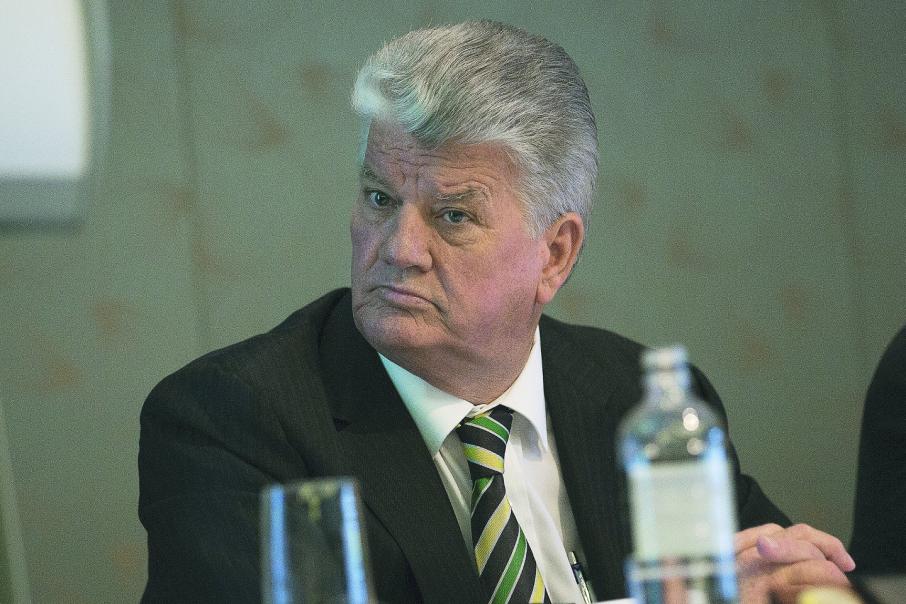 The September quarter survey includes 136 equity capital market deals worth $1.37 billion and 55 merger and acquisition deals worth more than $3.44 billion, all recorded in the BNiQ Search Engine.

Hartleys was one of the most active firms during the quarter, having a lead role on 22 capital raisings that raised a total of $232 million.

The largest was a $100 million raising for Ron Sayers-led Ausdrill, in which Hartleys and Argonaut were joint lead managers.

The raising, combined with a new debt-funding package, would enable the group to take advantage of strong growth opportunities, especially in Africa. 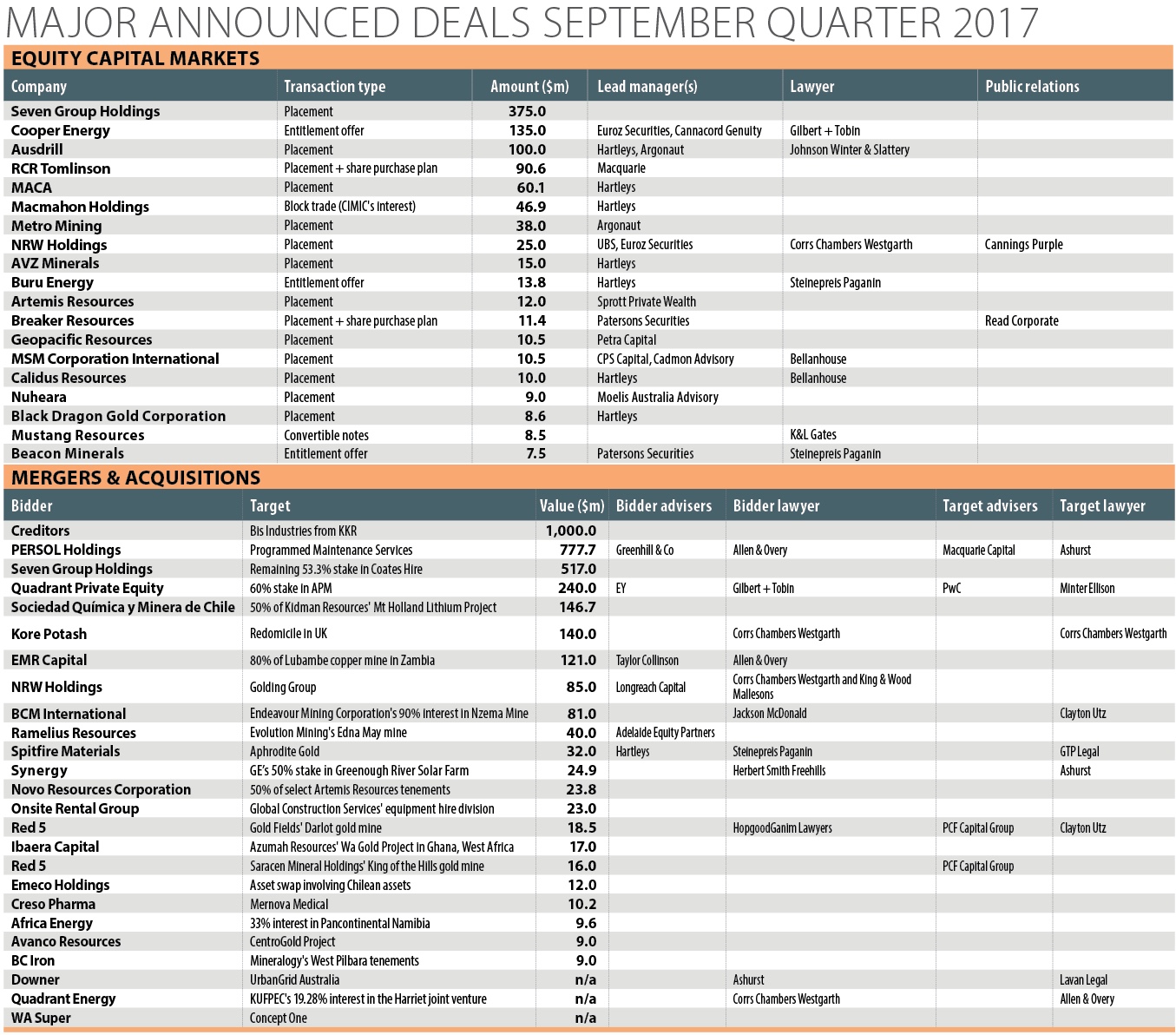 The Ausdrill deal was indicative of broader trends during the quarter, with big contractors accounting for most of the large capital raisings.

In addition, Macmahon Holdings completed a $46 million block trade, as Hartleys placed shares previously held by CIMIC Group with a range of investors after a failed takeover tilt.

Patersons Securities had a busy September quarter, with a lead role on 20 transactions that raised a total of $73.4 million.

Euroz had a relatively quiet September quarter, with just four new deals, after a very busy 2016-17, when it worked on capital raisings worth a combined $865 million.

That put it ahead of Hartleys, which experienced a small dip in net profit to $9.8 million, and Patersons, which posted a $2.9 million profit after several years of losses.

Seven Group’s $517 million takeover of Coates Hire was one of three big M&A deals that greatly bolstered reported deal values in the quarter.

The largest was a $1 billion debt-for-equity swap by private equity-backed trucking and logistics group Bis Industries, which has extensive operations in the Pilbara.

Another notable deal that illustrated the high value of some low-profile businesses was Quadrant Private Equity’s acquisition of a 60 per cent stake in APM (formerly Advanced Personnel Management) for a reported $240 million.

APM was established by Megan Wynne in Perth in 1994 and has grown to become an international provider of employment assistance, vocational rehabilitation and disability services.

Among the big law firms, Gilbert + Tobin and Corrs Chambers Westgarth were two of the busiest, working on a mix of capital raisings and M&A deals.

At the smaller end of the market, Steinepreis Paganin worked on 13 deals while Bellanhouse Lawyers was close behind with 11 transactions.