Hartleys has lifted funds under management above $1 billion for the first time, a milestone that new chairman Ian Parker believes will help the stockbroking firm weather the current downturn in resources. 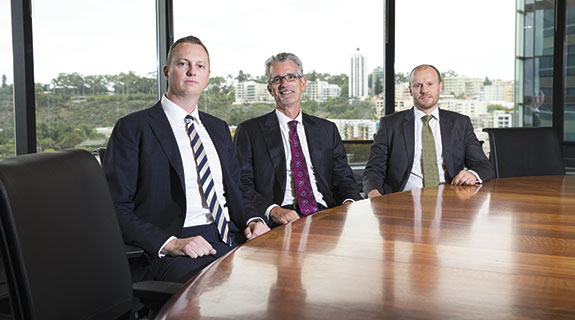 Hartleys has lifted funds under management above $1 billion for the first time, a milestone that new chairman Ian Parker believes will help the stockbroking firm weather the current downturn in resources.

Mr Parker, who succeeded John Featherby this year under Hartleys’ chairman rotation policy, said the firm was continuing to trade profitably despite the tough market.

“We’ve only had five months in 12 years where we haven’t been profitable,” he said.

Hartleys is best known for its advisory work for junior and mid-cap resources companies. Mr Parker acknowledged that part of the business was going through a quiet period, reflecting the lack of capital raisings and takeover activity.

Despite this, Mr Parker said the business continued to be profitable.

“We’ve always been very careful with our costs,” he said. “Our fixed costs are very low.

“Our biggest cost is our people, and if the amount of business they write goes down, then the amount they earn also goes down.”

Mr Parker said the growth in funds under management provided a more stable revenue stream for the business.

“We’ve got some brokers who never trade junior explorers,” he said.

“They look after clients who have no interest in that kind of stock.”

Mr Parker said the profit from capital raisings and M&A deals was the cream on top. He said these areas would recover, as they always had in a cyclical, commodity-driven economy such as Western Australia’s.

Hartleys is Perth’s second-largest stockbroking firm, with 46 investment advisers, according to BNiQ.

Its staff numbers have been stable compared with many of its competitors.

Perth’s largest broking firm, Patersons Securities, has cut the number of investment advisers in WA from a peak of 138 to 80 currently.

Euroz Securities has also trimmed its team; the number of investment advisers jumped to 44 after the acquisition last year of Blackswan Equities, but has dropped to 36.

Institutional adviser Carrick Ryan and investment adviser Brad Booth joined the board last year, while David Smyth was appointed a director in 2013.

They join four long-standing directors – Mr Parker, Mr Featherby, Richard Simpson and Andrew McNaughton – who have been directors since 2003, when Hartleys was reborn in its current form through a management buyout.

Head of corporate finance, Grey Egerton-Warburton, has been a director since 2007, while investment adviser Scott Metcalf has been on the board since 2008.