Stockbroking firm Hartleys has been fined by the corporate watchdog over an inadvertent trading error in 2012 which resulted in a plunge in Tanami Gold's share price. 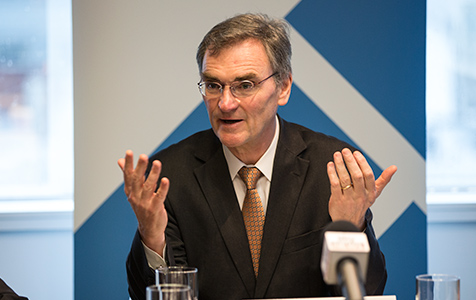 Stockbroking firm Hartleys has been fined by the corporate watchdog over an inadvertent trading error in 2012 which resulted in a plunge in Tanami Gold's share price.

The Australian Securities and Investments Commission said Hartleys had paid a $35,000 fine after an investigation by the commission's Markets Disciplinary Panel.

The error arose when a designated trading representative, acting on behalf of Hartleys, was working on an order to sell 35 million ABM Resources shares in October 2012.

The trading representative had sold 34.5 million shares from the initial order and intended to place another order to sell the remaining parcel of shares.

However he inadvertently keyed in the ASX code of Tanami Gold (TAM) rather than that of ABM Resources (ABU).

Tanami shares had been trading at 79.5 cents immediately prior to the order being placed.

The coding error resulted in multiple transactions being placed for a total of 316,183 Tanami shares, dragging the company's share price down 37 per cent to 50 cents.

The MDP noted that while the misconduct was an isolated incident and Hartleys had fully cooperated with ASIC throughout the investigation, the broking firm had breached ASX market integrity rules.

"The MDP reiterated that an important aspect of the role of the designated trading representative is to pay proper attention and diligence to prevent the entry of orders into the trading platform that could result in a market that is not both fair and orderly," ASIC said.

"This is a critical measure in maintaining the integrity of the market."