Harper to do a Hilmer

The draft report by the Competition Policy Review has signaled a revolution in the provision of human services- but the interest has all been elsewhere. 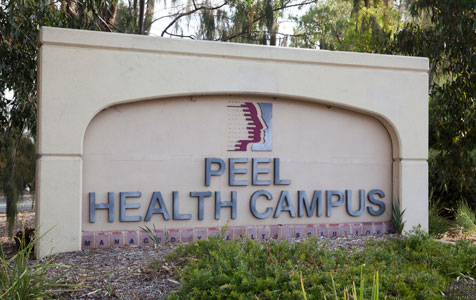 The state government has encouraged private involvement in service provision.

This article was originally published in the conversation.

The draft report by the competition policy review has signaled a revolution in the provision of human services- but the interest has all been elsewhere.

That is not surprising as the draft report is more than 300 pages long and has 52 recommendations.

Only one of these, recommendation two, focuses solely on human services.

And the business journalists who cover the review are much more comfortable dealing with the ‘standard’ issues, such as removing sclerotic regulation in taxis, pharmacies and planning or changes to specific competition laws.

But the review’s human services focus has the potential to significantly improve the lives of many Australians.

The sector has not been ignored. You could fill a small library with the state and federal reports into these areas.

Another one, into WA prison services, was announced last week.

Reform has not been absent, either here or overseas.

But for each reform tried in one jurisdiction the opposite reform is being tried somewhere else. Success is hard to measure and opinions and vested interests are both strong.

So what has the Review chaired by Professor Ian Harper done differently?

First, it has not tried to specify individual reforms for specific services, but rather to set up a framework for reform.

The framework reflects the broad principles that have worked well in other areas where the government is key to service delivery – emphasise choice; separate funding, regulation and service delivery; allow for diversity in providers; and encourage innovation.

These principles may sound obvious to those working outside human services.

They are not. And 25 years ago they were not obvious to other areas either!

Remember telecommunications in the 1980s?

Its prices were high and its service standards were woeful.

You could have any telephone you liked, as long as it was the one Telecom Australia gave you.

How about utilities? We complain about service provision now, but remember the old state-owned electricity monoliths like the State Electricity Commission of Victoria?

It controlled everything from the mines in the Latrobe valley to the wires into your house.

Costs were high and the system was run by and for the engineers, not the public.

The reform to government utilities flowed from the Hilmer report into national competition policy in the early 1990s.

It recommended a framework to allow all levels of government to work together and principles for reform.

Now the Harper review aims to do the same for human services.

In human services, the approach where the regulator, funder and supplier are either the same or are closely related, is still common.

This model has been eliminated in other areas of government service delivery.

Why? Because it promotes capture by the insiders, leads to a one-size-fits-all outcome and stifles innovation.

Separating out these three functions leads to transparency and improved choice.

Choice is something that many of us take for granted. But uniform service delivery limits choice.

That harms service recipients. In contrast, choice can empower.

For example, the Review quotes a service recipient surveyed by the Brotherhood of St Laurence:

“Direct payments give me control. I now have a say in what I eat and drink, what I do and when I do it. I can choose carers that can help me to live my life. I can have continuity instead of a different carer every day.”

But choice must be cost effective and balanced.

Too little choice reduces recipient welfare but too much can overwhelm.

As the report notes, “[a] consumer choice model is not the right one for all services”.

Choice and funding are not separate, and groups who currently receive guaranteed funding will oppose choice.

Choice means the ability for a service recipient to choose an alternative service or service provider.

“In introducing choice-based models, an important element is to ensure that funding follows people’s choices so that providers have signals to better tailor services to individual and community needs,” the report said.

There is currently diversity in some areas of service delivery, including government, for-profit and not-for profit providers.

This diversity can be further encouraged, both across services and by innovation in service delivery, such as through cooperatives and mutual groups.

It can be encouraged through contractual arrangements.

Do they work? What else works? What can we learn from overseas? How can we innovate?

The draft report does not seek to answer these questions.

The aim is to set up a framework that can operate through the new Australian Council for Competition Policy.

The ACCP is the second element of human services reform.

It will advise, facilitate and monitor reform. It can investigate overseas experience and draw together both academic and practical learning to help advise governments.

And it will fill the gap left by the demise of the COAG Reform Council.

Unsurprisingly, the initial reaction to these reforms from insiders and the ‘magic pudding’ brigade have been negative.

This of course mirrors the earlier Hilmer reforms. The biggest opponents of these reforms were those who had a stake in the existing structure.

The bureaucrats in Telecom Australia and the SECV did not give up their power easily!

The Hilmer reforms to utility industries were not easy. It will be even harder in human services.

For example, tendering for service delivery can lead to higher quality services being provided at a lower cost.

But both economics and experience highlight potential shortcomings.

Contracts with third-party providers must be clear but flexible. It has to be clear what is to be provided, when and to whom.

If these are not clear then service delivery will fail as the provider and government fight over the allocation of responsibility.

Service delivery may involve a variety of measured and unmeasured features.

For example, delivery of services to the homeless can involve measurable outputs of food and shelter.

But just as important are the unmeasurables, such as simply having a volunteer to talk to, someone to listen to your issues.

These unmeasurables are critical but can be overlooked when formal contracts are written.

The Review’s focus on human services should be welcomed. But it needs broad feedback on the draft recommendations.

And it needs to work out how the ACCP will bring the various factions, including government, into the debate.