Multinational oil and gas service providers have set up in WA for the long haul, as the state searches for the best way to enhance its competitive advantage. 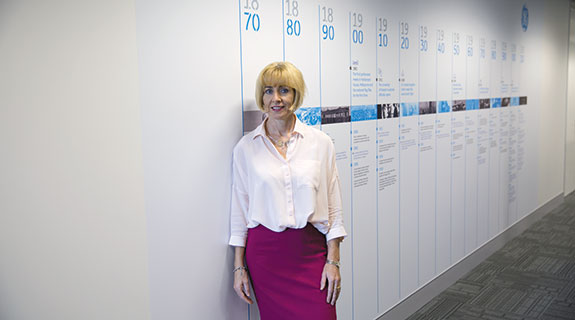 Multinational oil and gas service providers have set up in WA for the long haul, as the state searches for the best way to enhance its competitive advantage.

Throughout its 123-year history, US conglomerate General Electric has gone from pioneering production of electric light globes to building nuclear reactors and, after investing substantially in the past decade into its Australian oil and gas offerings, the company hopes to lead innovation in the industry in the decades to come.

The capital outlay was backed up by a series of contract wins, including: $1.1 billion for provision of LNG refrigeration, carbon dioxide reinjection and subsea manifold technology at Chevron’s Gorgon; $1 billion for similar systems at Ichthys; gas turbines and compressors at Wheatstone; two compression trains for Prelude; and a further $150 million of manifolds for Apache Corporation.

Further wins are happening in terms of ongoing maintenance, including for gas compression turbines.

To support the usage of its equipment, GE has spent $100 million on a maintenance, administration and training facility in Jandakot, which opened in 2012, and a further subsea support complex in Broome for Inpex’s Ichthys project.

Based in Perth, GE Oil & Gas regional director (Australia and New Zealand) Mary Hackett said the company was bullish about the future of the industry in Western Australia, despite some of the recent gloom around the oil price and construction slow down.

“But we feel that this is a good time to have a drop in oil prices because we’re seeing innovation in this sort of environment and we’re also seeing collaboration, which is very important as Australia now sets itself up for global leadership in LNG production.”

Ms Hackett said it was important Australia led in productivity, technology and efficiency in oil and gas because of the country’s comparatively high labour costs.

“We have to supplement expensive workforce with good strong operating principles,” she said, adding that GE was contributing to that by bringing technology from its global business lines to oil and gas, giving it a key competitive advantage.

“We draw on aviation, we draw on health care.

“MRI technology we use in our intelligent ‘pigging’.

“Our DNA is innovation and providing complete unique solutions to our customer, and that takes us to a different level of engagement.”

Ms Hackett told Business News GE’s Jandakot facility, which employs 300 people, would cover the full delivery chain from extraction through to distribution, including compression and power generation, underpinning the base reliability of LNG plants.

“The technology of our equipment, the ability to remote monitor and have diagnostics anywhere globally means that we’ve created predictivity in the plant that other parts of the industry are just catching up on,” Ms Hackett said.

“We’ve got a significant subsea workshop with some capability there that is … I think there’s nothing else available in the Southern Hemisphere.”

GE would aim to be a facilitator in the efficiency of the oil and gas industry has a whole, she said. Other global companies engaged in Perth to back up their high-technology oil and gas offerings include FMC Technologies, OneSubsea, and Aker Solutions, all of which supply subsea systems to the industry.

Among the contracts signed by FMC are a $325 million deal to supply subsea production systems for Wheatstone, a $150 million supply contract for Woodside’s Great Western Flank development, and another for supply of a wide range of subsea equipment for Prelude.

FMC has underpinned this with an investment of $20 million in a servicing facility at the Australian Marine Complex in Henderson.

Last year, OneSubsea, which is backed by US oil services giants Schlumberger and Cameron, signed a five-year frame agreement with Woodside for supply of subsea technology. OneSubsea also opened a new Perth facility during the boom, in 2013.

The company said the new Perth facility would be state of the art and provide life-of-field services, early engagement engineering, and sales.

As WA moves towards becoming a leading LNG producer, operators will learn which parts of the supply chain are best undertaken locally, and which are best done abroad.

A state parliamentary inquiry last year raised anxiety levels about the local impact of resources projects, specifically floating liquefied natural gas, which is to be used in Shell’s Prelude project, and is likely to be used in Woodside’s Browse projects.

The report found FLNG would lead to lower local employment and would raise the state less revenue than onshore processing.

Engineering, design and construction of Shell’s Prelude project is being undertaken by a team of global suppliers, led by Samsung Heavy Industries (which built the vessel in South Korea) and French giant Technip, while GE and FMC are also involved.

Shell has argued that FLNG is necessary to make its offshore resources economic.

Analysis by ACIL Tasman on behalf of Shell additionally found that Prelude would contribute more than $12 billion in tax revenue and improve Australia’s trade balance by more than $18 billion.

Shell has committed that 70 per cent, or $200 million annually, of operating contracts will be Australian content during the project’s 25-year life cycle.

A spokesperson for Shell said the company planned to award 45 key contracts for Prelude in 2015, including for facilities management, maintenance, lab services and production chemicals.

The new contracts will build on a handful already announced, including a $25 million contract to Decmil to build Shell’s Darwin supply base announced in 2013.

Local companies Pressure Dynamics and Westralian Engineering also picked up work on Prelude, as sub-contractors to FMC, while Henderson-based Civmec won work as a sub-contractor to Technip.

However, the lean outlook for local workshops was highlighted by Ausgroup’s recent decision to scale down its Kwinana fabrication operations, which traded as AGC.

Ausgroup has retained its main workshop but allowed the lease on three other workshops to lapse, with commensurate reductions in staff numbers.

It is during the decades-long cycles of other LNG projects, that facilities like those built by GE and FMC will earn their return.

Mike Robinson, who manages sales and marketing of subsea systems in Australia and New Zealand for FMC, said it was challenging in Australia and other countries outside the major supply hubs to find suppliers with the right capability.

He said it was particularly difficult in countries lacking a steady project pipeline.

“You can do a lot of work building up the capability of a supplier,” Mr Robinson said.

“We might go back to them in three years’ time when the next project comes up, and their good people have moved on, so we need to start from scratch. That also makes it hard to meet project schedules.”

Mr Robinson said SEA had been lobbying for more flexible visa arrangements, including short-term visas, so that companies in Australia could gain easier access to people with specialised skills and experience.

“We need more flexibility so that highly specialised people can come here for short-term assignments, then they will move on to their next project,” he said.

“We don’t have enough work in this country for these people to be here full time, it’s not sustainable.” 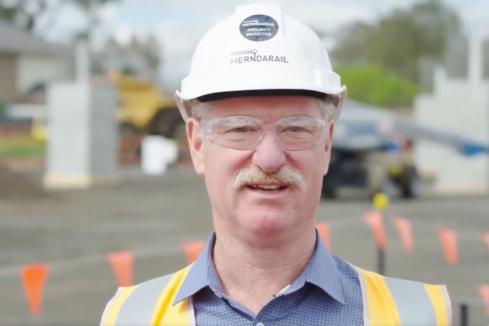 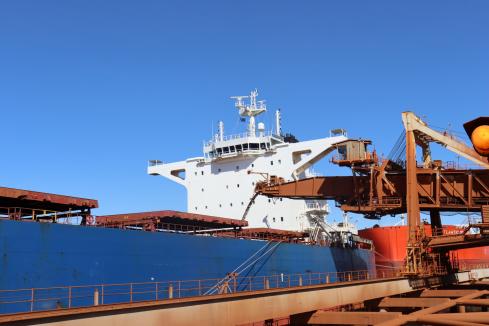