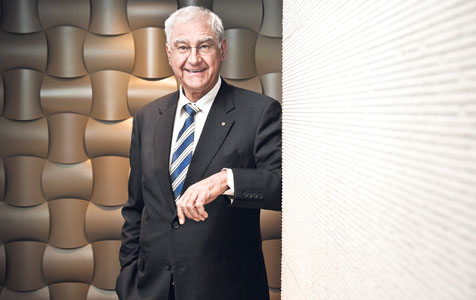 The boardroom twists at cashed-up Moly Mines have taken another turn, with its Chinese shareholder moving to replace the independent directors with Perth veterans Bruno Camarri and Peter Mansell.

Moly said today its 53.8 per cent owner Hanlong Mining has requisitioned a meeting of shareholders to vote on the removal of independent chairman Michael Braham and independent director David Craig.

Moly added that Hanlong has proposed the appointment of Mr Camarri and, on a temporary basis, Mr Mansell ‘‘as directors selected by Hanlong and not the board’’.

Messrs Camarri and Mansell are two of Perth's most experienced company directors, and also worked together at law firm Herbert Smith Freehills.

Messrs Braham and Craig have advised Hanlong and the company that ‘‘they will take steps to ensure that minority shareholders are fully informed’’.

The only other members of Moly's board are two Hanlong representatives, Nelson Chen and Kang Huan Jun.

Mr Chen had originally been an alternate for senior Hanlong executive Han Liu, who was removed as a director in May after being detained by the authorities in China.

Mr Mansell is currently an alternative director at Moly, and also has a special advisory role with Hanlong, which he accepted in January 2011.

In contrast, Mr Camarri told Business News he had no prior relationship with the Chinese group.

''The intention is to put in a proper board,'' he said.

''If I am elected, item 1 will be to put a couple of independent directors on the board.''

Mr Camarri said he would be looking for good quality people who are experienced and independent.

He was unaware of why Hanlong was seeking to remove the current independent directors.

Hanlong was one of several Chinese groups making big investments in the Australian resources sector in recent years.

It backed Moly when the Perth company was seeking to develop its Spinifex Ridge molybdenum mine.

That project was shelved, leaving Moly with a big cash balance, currently sitting at $53 million, and a small producing iron ore mine in the Pilbara.