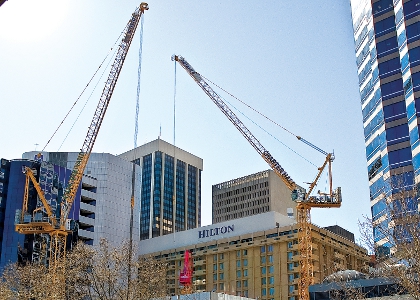 CATALYST: The Tourism Council is hoping the state government's new commitment will result in more hotel developments in the near future.

The state government has launched a major initiative aimed at tackling the lack of hotel investment and development in Western Australia, including the release of Crown land and lease incentives.

Tourism Minister Kim Hames unveiled a raft of incentives endorsed by the state government today, including the release of Crown land for hotel developments, and longer-term Crown leases for short-stay accommodation developments.

“Despite a significant and sustained increase in occupancy and room rates, there has been minimal hotel investment in Perth and parts of regional WA since 2006,” Dr Hames said.

Dr Hames said Tourism Western Australia was currently undertaking a review of hotel supply and demand and an incentives steering group would be formed to oversee the process.

“The tourism industry has been pushing for this new approach that will encourage hotel investment within WA through a number of State Government endorsed incentives” Mr Hall said.

“Our hotel shortage is killing regional tourism because visitors can’t get a room in Perth on their way to Monkey Mia, Margret River or Kalgoorlie.”

“The Federal Government should provide tax bonuses and accelerated depreciation to support investment in tourism.”