A Perth-based company has created an innovative approach to address the rising costs of housing construction with its invention of a robot capable of doing the work of a bricklayer. 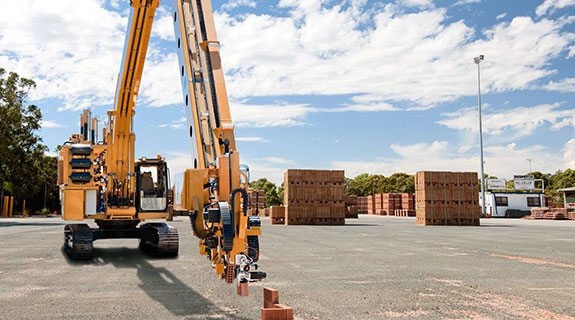 NEW ERA: Fastbrick’s robots are designed to take the sweat out of bricklaying.

A Perth-based company has created an innovative approach to address the rising costs of housing construction with its invention of a robot capable of doing the work of a bricklayer.

Fastbrick Robotics has created the Hadrian 105, a prototype robot that demonstrates its technology.

The Hadrian 105 uses 3D computer-aided-design to calculate the location of every brick and lay the bricks in the required sequence. Hadrian, the Roman emperor, built a wall across Britain to stop attacks from the north.

Mortar is delivered to the robotic laying head as the bricks are put in place, with laser alignment systems ensuring they are put in the right spot.

The robot, which will eventually only require the supervision of two operators, also cuts the bricks to size depending on requirements and can even rout the bricks to allow for electrical, plumbing, gas or other services.

Last week, Fastbrick lined up a deal with DMY Capital to take its technology to the ASX, in order to raise the funds required to commercialise the invention.

Fastbrick already has patents in 11 countries, including Australia, China, the US and Canada, as well as seven European nations.

The deal, reported online by Business News, comprises ASX-listed DMY issuing 150 million of its shares to acquire Fastbrick, with a further 499 million shares to be issued on condition of completing selected performance milestones.
DMY currently has 210 million shares and a market capitalisation of $5.4 million.

The companies will now launch a capital raising at 2 cents a share through Cygnet Capital to secure $3 million to develop the Hadrian 109 – a machine capable of completing the brickwork for an average house in one to two days.

The Hadrian 109 will be optimised for housing typically built in Western Australia – four-bedroom homes – but could potentially cater for a wider range of house sizes.

Fastbrick founder Mike Pivac said the inspiration for the machines became apparent when there was a shortage of bricklayers in the housing industry in 2005.

“It was really good timing for a combination of new technology that was just becoming viable,” he said.

“The biggest challenge was getting funding and maintaining it through the GFC and 10 years of development.

“Technically it is not just laying full bricks on a straight wall, but the complexity of the house, that is the real challenge.”

Mr Pivac said $7 million had been spent to date on the design and development of the robots.

The exact costings for the robots had not been determined, but they would be commercially viable, he said.

Pricing will be based on market metrics, cost to manufacture, and demand.

But Mr Pivac said he did not expect the robots to make bricklayers entirely redundant; rather they would open the door for younger people to enter the industry, where a lack of trades has opened the market for alternative construction methods such as tilt panel and steel frame.

“It is not so much a case of replacing brickies but making sure there is the ability to lay bricks in the future and meet the need for affordable housing in Australia, and around the world,” Mr Pivac said.

“Brickies are getting older and there are fewer young people willing to take on such a physically demanding trade and fewer still willing to take the time to become highly skilled.

“We see robot operation as a career path for existing brickies and an attractive career option for young people.”

Fastbrick’s robots have captured the attention of one of Australia’s largest homebuilders, Perth-based ABN Group.

ABN Group managing director Dale Alcock has thrown his support behind Fastbrick, and is acting as an industry adviser to the company.

Mr Alcock said the robots had the potential to build houses quicker and cheaper, while also saying he would keep close tabs on the company as it progressed towards commercialisation.

However, Mr Pivac said Mr Alcock’s involvement would not limit Fastbrick’s reach to the wider industry.

“We have a broad commercialisation strategy and see many potential customers; there is no exclusivity arrangement with ABN Group,” he said.

“Dale is not an investor, but an extremely passionate supporter and adviser.” 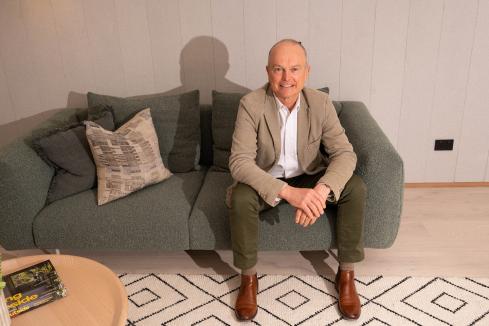