The decline in mining investment is set to end by mid-2017 following four years of decline, according to banking giant HSBC. 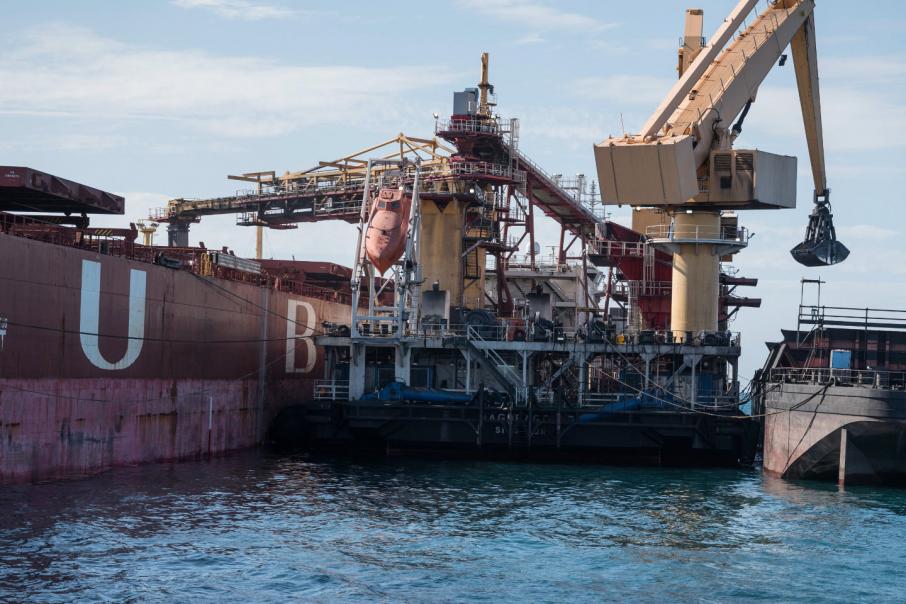 As projects such as Citic Pacific’s Sino Iron come online, the level of mining investment is dropping off. Photo: Tony McDonough

THE decline in mining investment is set to end by mid-2017 following four years of falls, according to banking giant HSBC.

Investment in the resources sector hit a peak of 8 per cent of Australian GDP in 2012, but has dropped every year since.

Additionally, the bank says commodity prices may have already reached their floor.

It wasn’t entirely good news, however, with HSBC predicting mining investment still had a tough year ahead, expecting it to move down from about 4 per cent of GDP.

HSBC predicts mining investment will stabilise at a level of between 2 per cent and 2.5 per cent of GDP, a level above the long-term average.

That higher level is due to a more substantial maintenance requirement to sustain the now significantly larger mining capital stock, as opposed to future project expansion, however.

There are a couple of projects that may bolster investment, including Rio Tinto’s Silvergrass iron ore mine, and LNG project developments such as Chevron’s Wheatstone.

Outside of those two major commodities are projects such as Newmont’s Tanami gold, and Independence Group’s Nova nickel.

One notable detail from HSBC’s report is that the mining sector’s contribution to GDP growth is negative this year, with the forecast fall in investment outstripping the predicted rise in exports.

HSBC chief economist Paul Bloxham said it was surprising that non-mining investment had not picked up more rapidly.

“GDP growth is quite strong, supported by a rising population; interest rates and corporate leverage are low; the AUD is competitive; there have been significant improvements in surveyed business conditions; and, firms have been prepared to take on more employees, partly because of weak wages growth,” he said in the report.

“There is a range of factors that also helps to explain it.

“One explanation is that growth is shifting from mining, which is highly capital-intensive, to services, which are more labour-intensive.

“As private sector investment has been weak in much of the developed world, so it could be due to global factors.

“It could also just be timing, with the end of the mining boom having been a long, drawn-out downswing.

“Australia has been through several years of below-trend growth, especially in the non-mining parts of the economy, likely leaving many businesses with spare capacity and unsure about the strength and sustainability of future demand.”

That might change soon, Mr Bloxham said, with surveys pointing to utilisation rates moving above average and a modest lift in investment intentions.

Policy makers could do their bit by moving on tax reform and investing in infrastructure, he said.

“There is also evidence that businesses’ hurdle rates – the return they require from an investment to deem it worthwhile – have been slow to adjust to an era of low interest rates,” he said.

“This may have constrained businesses’ willingness to invest as they have not incorporated the lower cost of capital into their return calculations.”

That might change as expectations set that interest rates will remain lower for longer.