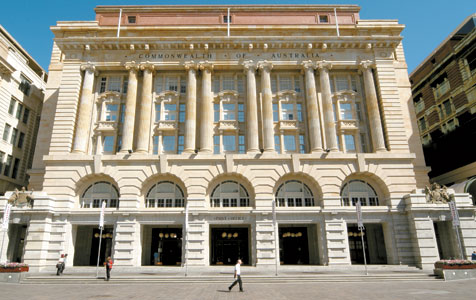 H&M is understood to be taking up the ground and first level at the historic GPO Building in Forrest Place.

Global clothing giant H&M is set to enter the Western Australian market after months of rumour and innuendo, with the retailer understood to be about to sign a lease to move into the GPO Building in Forrest Place.

H&M will take up the ground level and first floor at the GPO Building, while the building’s current tenant, the Metropolitan Redevelopment Authority, is set to move up two levels to allow for the move.

Business News understands the deal, which has not yet been finalised, is being negotiated by Colliers International’s Ben Tana.

The entrance of H&M to WA’s retail sector is part of a wave of major international retailers making a splash in Perth's CBD.

Construction and fitout works are ongoing at the Carillon Arcade, with UK-based fashion retailer Topshop Topman set to open its doors in November.

Zara is expected to open in the city early next year.

Over in the Hay Street mall, Williams-Sonoma is set to take up two floors of retail space at the bottom of the St Martins Centre, which has sat vacant since Borders shut up shop in 2011.

An application was made in August to the City of Perth, seeking approval for $1.2 million of fitout works for the Williams-Sonoma store.

The lease was negotiated on behalf of building owner St Martins Properties by Lease Equity.

The convenience chain lodged an application to seek approval for signage and fitout works at the ground level of Gledden Arcade late last month.