H&M on its way to Lakeside Joondalup 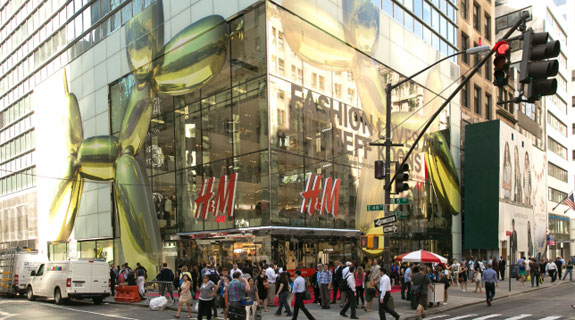 One of H&M's flagship stores in New York City.

Lakeside Joondalup Shopping City has secured another international brand coup, with H&M to open its first Western Australian store at the mall later this year, ahead of an expected CBD outlet for the global fashion retailer.

The head of retail for the centre’s owner, Lend Lease’s Gary Horwitz, said he expected H&M to complement the mix of stores already open at Lakeside Joondalup.

“When the doors open later this year, Lakeside Joondalup shoppers will have even greater access to a premium shopping destination that offers a variety of fashion, dining and entertainment options,” Mr Horwitz said.

Business News broke the news last year that H&M is also understood to be close to finalising a lease deal at the GPO Building in Forrest Place, becoming the third major international brand, after Zara and Topshop, to significantly change the dynamic of the city centre’s malls.

There are 528 H&M outlets in the Asia and Oceania regions.

Other global brands understood to be looking closely at opening stores in Perth include Uniqlo and Forever 21.

“We can see the transformation they bring to the market based on substantial footprints and the changes to the streetscapes and the mall frontages,” Mr Tana said.

The H&M signing follows Lakeside Joondalup Shopping City revealing it would be among the first locations in WA where Germany-based discount supermarket chain ALDI would open its doors.

ALDI is expected to open in a number of locations across the city midway through next year.