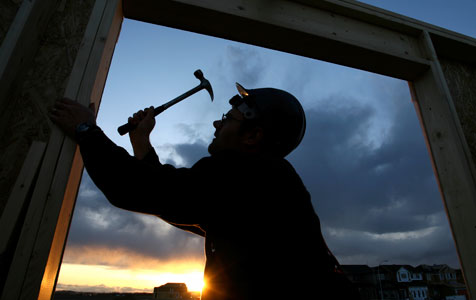 The Housing Industry Association says Western Australia is set for second consecutive year of strong housing construction, despite a 7.1 per cent fall in new home sales in the month of July.

During the three months to the end of July, the HIA said new home sales declined by 4.4 per cent.

But over the 2013-14 financial year, new home approvals were 25.6 higher than the previous year.

“The key question now pertains to the current 2014-15 financial year, and we expect this activity to fall, but still maintain reasonably high volumes by historical standards,” the HIA said.

“As yet, the signals from new house sales and approvals are only very preliminary, but they appear to be heading in the right direction.” Nationally, Australia’s largest home builders reported a relatively weak start to the 2014-15 financial year, but the HIA still expects a reasonably healthy level of sales over the next 12 months.

Total seasonally adjusted new homes sales fell 5.7 per cent over July, for a three-month decline of 3.5 per cent.

“This situation, together with longer lag times and a repositioning of geographical momentum at this stage of the current cycle, combine to mean that 2014/15 will be another healthy year for new home construction,” Dr Dale said.

“A serious focus on addressing conspicuous impediments to new housing supply, such as large and costly planning delays and a significant lack of titled land would of course extend the recovery, to the benefit of economic growth, labour market outcomes, and housing affordability.

“Alas, as with many cycles before it, we find ourselves in a situation where there is generally a lack of serious policy reform.”