Insurance giant HBF has placed its headquarters at Kings Square on the market, appointing JLL to handle the sale of the asset in an improving Perth CBD office market. 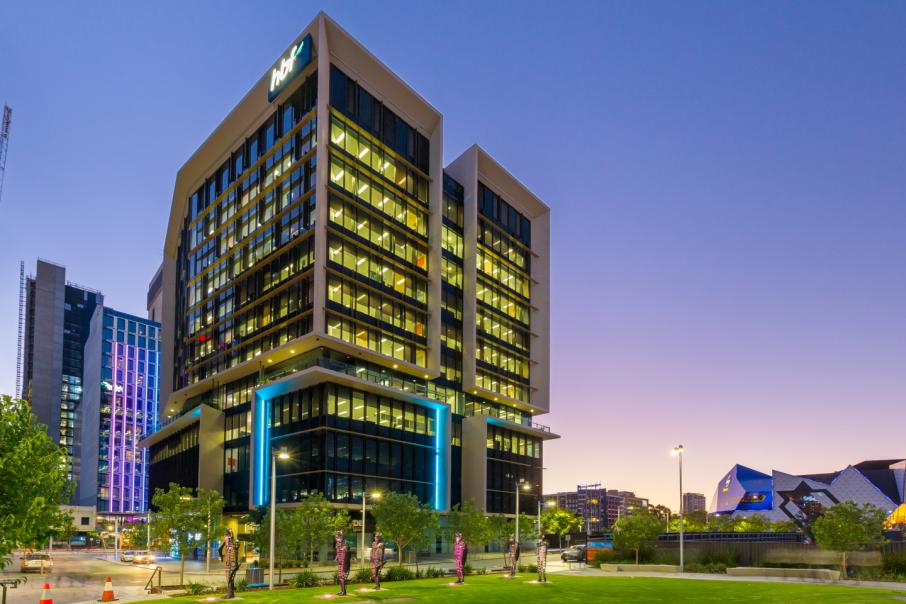 HBF will remain at its Kings Square home after selling the 11-level office tower. Photo: JLL

Insurance giant HBF has placed its headquarters at Kings Square on the market, appointing JLL to handle the sale of the asset in an improving Perth CBD office market.

HBF House, formerly known as KS4, was completed in 2015 and the health insurer moved in shortly after agreeing to buy the tower from developer Dexus.

HBF managing director John Van Der Wielen said the sale was part of the insurer’s continuing focus on getting the best outcome for its members.

“It is not a difficult decision to commit to a long-term lease of HBF House – our staff has thoroughly enjoyed their first couple of years in HBF House, particularly appreciating the convenience and amenity of Kings Square and the broader City Link precinct.

“The building ticks all the boxes from an investor perspective,” Mr Williams said.

“It is a new, sustainable building with low forecast capital expenditure and strong depreciation benefits, secured on a 10-year lease at market rent levels with assured income growth.

“The opportunity comes to the market at a pivotal point in the cycle where the Perth CBD has recorded 51,000sqm of positive net absorption in the last 12 months, with research forecasting this trend to continue.”

An expressions of interest campaign, led by Mr Williams and JLL WA head of capital markets Nigel Freshwater, will close on March 21.

The sale was brokered by JLL’s Nigel Freshwater, Sean Flynn and Tom Foley on behalf of a Southeast Asian vendor.

Major tenants include Northern Minerals and Lithium Australia, while 35 per cent of the building is vacant.

In Perth’s northern suburbs, Burgess Rawson selling agents Ben Flanagan and Chad Henville have brokered the sale of a 1,604sqm office and warehouse property at 33 Competition Way in Wangara.

The building was sold for $2.38 million, providing a 6.29 per cent return to its vendor.

Also this week, Jaxon Construction has placed up for lease a warehouse property at 17-21 Fargo Way, Welshpool.

JLL’s Andrew Fife will handle the leasing campaign for the 22,100sqm site, which includes a 4,876sqm warehouse facility and 329sqm of office space.