Western Australia’s largest health insurer is aiming for more growth in interstate markets to offset an expected loss of market share in its home state, after reporting a slide in its annual surplus. 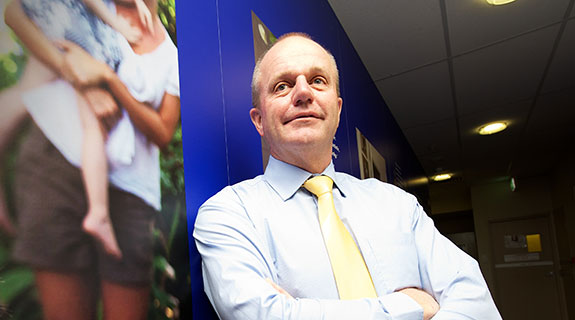 Western Australia’s largest health insurer is aiming for more growth in interstate markets to offset an expected loss of market share in its home state, after reporting a slide in its annual surplus.

Perth-based HBF Health has posted an after-tax surplus of $80 million for the year to June 2015, down from $122.8 million in the prior financial year.

Led by managing director Rob Bransby, HBF said it achieved a 5.1 per cent increase in contributions to $1.4 billion, on the back of strong member retention.

Benefits provided to members were up 7.3 per cent to $1.33 billion.

After adjusting for underwriting and acquisition costs and other expenses, the underwriting surplus fell sharply to $14.1 million, down from $35.1 million previously.

The group said its investment portfolio performed better than benchmark, but was still adversely affected by market conditions.

Gains from financial assets were $61 million, down from $82 million previously.

This equated to an overall investment return for the year of 4.4 per cent, down from 6.9 per cent.

Writing in the 2015 annual report, HBF’s directors have tipped a tough market for health funds as a result of the economic slowdown.

They also expect the industry-wide trend of policy downgrades will continue as affordability becomes an issue for more members.

“We expect that there may be a small decline in our market share in Western Australian but that this will be more than offset by increases in market share in other states, so that our national market share will increase,” the directors’ report stated.

“Our national growth strategy will continue to utilise intermediaries rather than through large-scale marketing of our products and services outside Western Australia.”

The HBF report follows a large decline in net profit by another major Perth-based not-for-profit business.

The biggest part of the group’s operations was its home and motor insurance business.