Could health insurance follow the superannuation sector, where industry funds have collectively taken on private retail players? WA’s biggest fund, HBF, is leading a national alliance of not-for-profit health insurers, which are now a minority following the recent privatisation of Medibank Private. 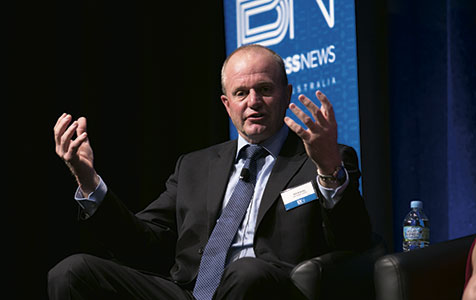 Western Australia’s biggest health insurer, HBF, has taken a leadership role in a new alliance of not-for-profit and mutual funds as they face a radically different market following the recent float of Medibank Private.

HBF CEO Rob Bransby confirmed his organisation’s involvement in a fledgling national alliance after Business News sought comment on speculation that an industry fund-style marketing strategy was being prepared to counter retail giants Medibank and Bupa, which collectively control half the national market.

Mr Bransby said it was too early to reveal the membership and strategy of new group – working through an entity called Members Own Health Funds – which consisted of funds that shared the same philosophical approach of putting member needs ahead of profits.

“This is a work in progress and I’m not about to flag our strategy, but we’re certainly talking to like-minded funds,” he said.

“Not for profits and mutuals will be taking their place as an attractive alternative to the big two, and a strong third pillar in the health insurance sector. HBF has been one of the prime movers in the creation of this alliance.

“As to what this will look like and who will be involved, it’s still very early days, but you can be sure that there will be a shared determination to take on Medibank and BUPA by providing a better choice.

“The message here is that we won’t be steamrolled by the big two. If Medibank and BUPA think that the health insurance market is theirs to carve up between them, they can think again.

“For generations, health insurance in Australia was provided by not-for-profit and mutual funds run for the benefit of their members and we should rightly re-stake our place in the market.

“Australia has learned from the banking sector that, when a few giants control the market, consumers suffer. We’re not about to let that happen in health insurance.”

Although Mr Bransby would not comment on the composition of the alliance, he has recently joined the board of Members Own Health Funds to team up with leading interstate players from his side of the industry: Peoplecare Health Insurance CEO Michael Bassingthwaighte; Health Partners CEO Byron Gregory; Teachers Health Fund CEO Brad Joyce; GMHBA CEO Mark Valena; Navy Health CEO Ron Wilson; and Australian Unity group executive corporate development Kimina Lyall.

All of them became directors on September 25, the day the public but unlisted company was registered.

This entity is different from the Health Insurance Restricted Membership Association of Australia (hirmaa), which represents not-for-profit funds whose members are limited to a particular industry or employment base. There is considerable overlap of the hirmaa and Members Own boards, but hirmaa CEO Matthew Koce said the new entity was unrelated to his organisation, which was mainly a lobbying group.

The world of health insurance is now much more clearly divided between for-profit businesses and member-based funds, following the federal government’s exit from the sector with the privatisation of Medibank Private via a stock market float last month

As a privately held for-profit business, Medibank controls about 30 per cent of the national market, followed closely by UK-based Bupa, which is either first or second in every market except WA, where it is a distant third.

HBF, which at $1.34 billion in revenue is the state's second biggest not-for-profit business after grain cooperative CBH Group, has more than 50 per cent of the WA market but its partners in Members Own, based on the funds represented on the board, are mainly at smaller end of the market.

While there are distinct differences between the insurance and superannuation sectors, there are parallels when it comes to messages about cost and how much of the price goes into the hands of shareholders.

In the heavily regulated health insurance sector – where the government controls prices – there may also be room for not-for-profit funds to mount persuasive arguments regarding policy, although it may not have the special relationship that industry superannuation funds have had with some recent governments.

The industry funds campaign against their retail superannuation rivals has not just been successful in pitching to consumers, it has also lobbied for special treatment in areas such as default funds, which have provided a competitive advantage. Some of that success has come from its connection to the union movement and ability to shape favourable policy during the reign of Labor governments.

Industry funds are not always at odds with their retail rivals.

Both parts of the sector have welcomed moves to increase the superannuation guarantee to 12 per cent from 9 per cent and they have been openly opposed to the growth of self-managed superannuation funds. 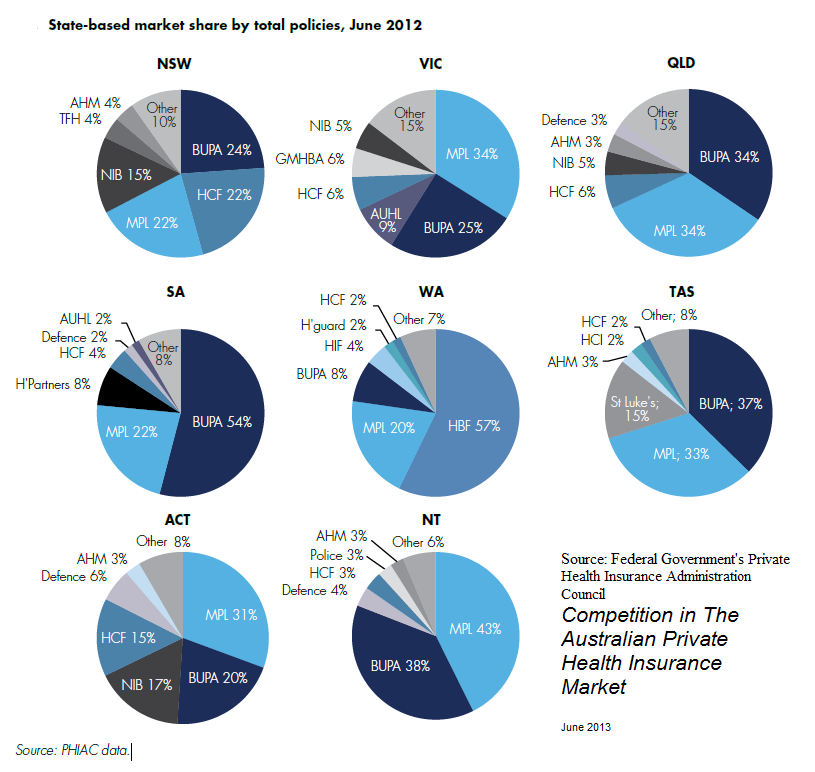 Disclosure: the writer has a beneficial interest in Medibank Private.