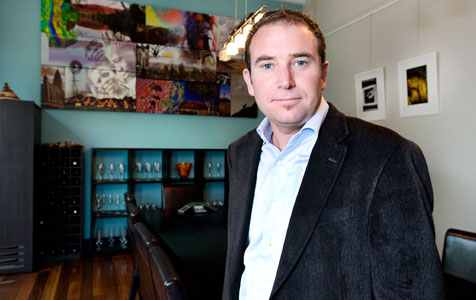 Gold explorer Gryphon Minerals has slashed costs and retrenched most of its employees, as it seeks to preserve cash ahead of the development of its West Africa gold project.

More than 75 per cent of Gryphon's staff has been retrenched, including 45 per cent of staff and contractors based in its Perth head office.

All drilling has been suspended, and paying the remaining $8 million for a semi-autogenous grinding mill integral to the development of the company's Banfora gold project in Burkina Faso has been delayed until an unnamed date.

Non-executive directors' fees and the managing director's salary have been reduced by 20 per cent, and other executives have had their base salaries reduced or received less shares as part of decreased salary packages.

"These initiatives are all part of our 'de-risk, get ready and add value strategy' to preserve value for shareholders," Mr Parsons said in a statement.

"Importantly, none of these changes will have an impact on Gryphon's ability to move ahead quickly with the development of the Banfora gold project at the appropriate time."

Three directors and three senior executives have all agreed to resign to further reduce costs.

"Going forward Gryphon remains in a strong position, with cash of $52 million, a world class resource base at the Banfora gold project and a restructured board and executive management team that has a broad set of skills and experience, including recent financings and building mines in West Africa," Mr Ashton said in a statement.

The core exploration team at Gryphon will remain on staff and the company will pursue debt finance to fund the development of Banfora, which it is awaiting permits to be developed.

Gryphon Minerals shares were down 12.5 per cent after the announcement, to $0.175.