ANALYSIS: Politics and business never mix well, which is something the state government is about to discover with news that former Nationals WA leader Brendon Grylls is eyeing a return to his party’s top job. 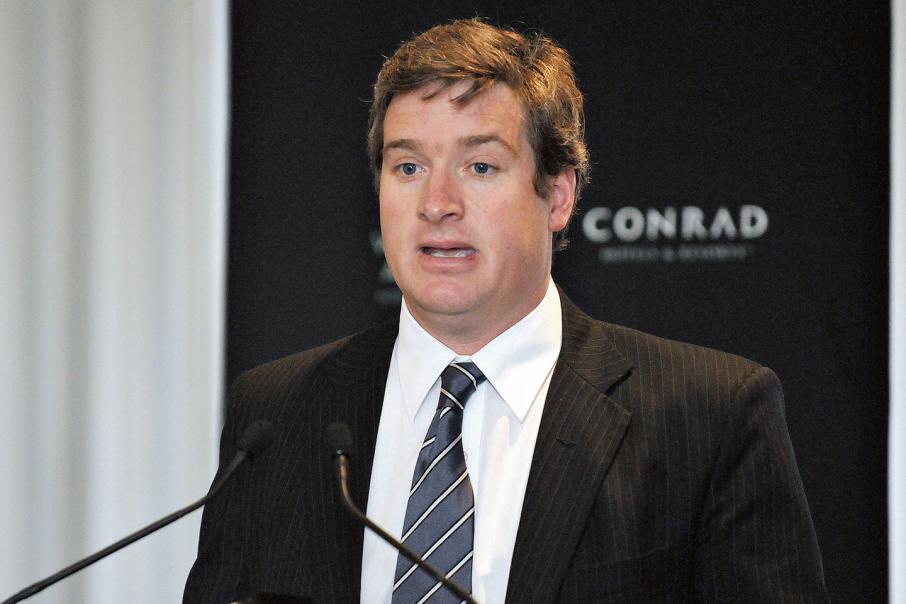 ANALYSIS: Politics and business never mix well, which is something the state government is about to discover with news that former Nationals WA leader Brendon Grylls is eyeing a return to his party’s top job.

Party insider politics aside, what makes Mr Grylls’ move so notable is that one policy he hopes will help him take back the leadership is a proposed $5 a tonne levy on iron ore produced by BHP Billiton and Rio Tinto.

The last leader to so clumsily combine business and politics was former prime minister Kevin Rudd, with his mining tax – a super-tax on profits from iron ore and coal – and look where that got him.

As the architect of what might be called ‘Rudd light’, Mr Grylls sees his tax plan not only as a way to win back leadership of the junior party in the government, but also to repair the state’s broken budget.

Mr Grylls might be restored as Nationals leader, but he has almost certainly laid the foundations for a change of government next year and proposed a turkey of a tax that will never fly.

Disregarding the way the deck chairs are shuffled at a state political level, it is more important to focus on the business aspects of the highly selective tax plan Mr Grylls has proposed, because it risks destroying the reputation of Western Australia as a good place to do business.

The starting point in any analysis of the ‘super tax’ on BHP Billiton and Rio Tinto is to ask the question, why just those two companies?

Mr Grylls and his supporters are likely to say because they’re big and profitable, but that ignores the fact that Fortescue Metals Group is now the lowest-cost iron ore producer in WA and, arguably, more able to afford a super tax than the other two.

BHP Billiton and Rio Tinto will never accept that they should pay a higher tax on doing the same as Fortescue, or that other big new iron ore miner, Gina Rinehart’s Roy Hill Holdings, and while Fortescue and Mrs Rinehart might see a short-term advantage, they will also realise they’re next for special tax treatment.

The prospect of an industry wide super tax will have the entire mining industry fighting the proposal, because while it appears selective it is also the thin edge of a tax wedge, with the highly profitable gold industry next in line for higher taxes.

If the super tax goes beyond what Mr Grylls has proposed in his dash for Nationals power it will become a national political issue, and will also be heading straight to the High Court because of the selective and punitive nature of attacking just two taxpaying companies.

Mr Grylls has tossed out the rule book, threatening to use government taxing power to weaken two successful companies, which have invested tens of billions of dollars over the past 50 years in developing the world’s most efficient iron ore mining industries (and employ, directly and indirectly, tens of thousands of Western Australians).

In one deft (or dopey) move, depending on your point of view, Mr Grylls has reignited the super tax debate that cost Mr Rudd and his successor, Julia Gillard, their jobs.

What’s even worse is that the new tax proposal comes at a different time in the commodity price cycle.

When the original Rudd/Gillard proposal was launched, iron ore and coal prices were high. Today they’re low, and any additional tax would almost certainly lead to job losses, project closures, and the flight of capital from WA’s all-important mining industry.

Mr Grylls’ power grab has only two possible winners – Mr Grylls himself in the short term because he might reclaim leadership of the Nationals, and Labor leader Mark McGowan, who has suddenly found that the route to the premier’s office is a lot shorter than it was last week.

The incumbent, but weakened premier, Colin Barnett, has no choice but to oppose Mr Grylls’ super tax plan, though he might take the opportunity to leave that to someone else, exiting the top job before fighting what has just become an unwinnable election.

There is, however, a more important issue in the Grylls super tax plan, and that goes to the heart of the way governments in Australia have been behaving over the past 40 years – steadfastly refusing to curtail their spending and relying on ever-rising taxes.

The political argument is that voters like government spending and promises to spend win votes.

The reality is that a tax-and-spend approach must eventually come to an end because it kills the incentive for business to invest.

Mr Grylls has initiated a political crisis, but he has also taken WA a step closer to a financial crisis; and while that means Mr McGowan can start planning for a move into the premier’s office, it also means he will find an empty bank account and loud calls for spending cuts, not more taxes.