Grylls puts himself in play

SPECIAL REPORT: Many politicians, including senior government ministers, go through their careers as ‘grey’ men or women, barely getting noticed and having little impact; the same could never be said of Brendon Grylls. 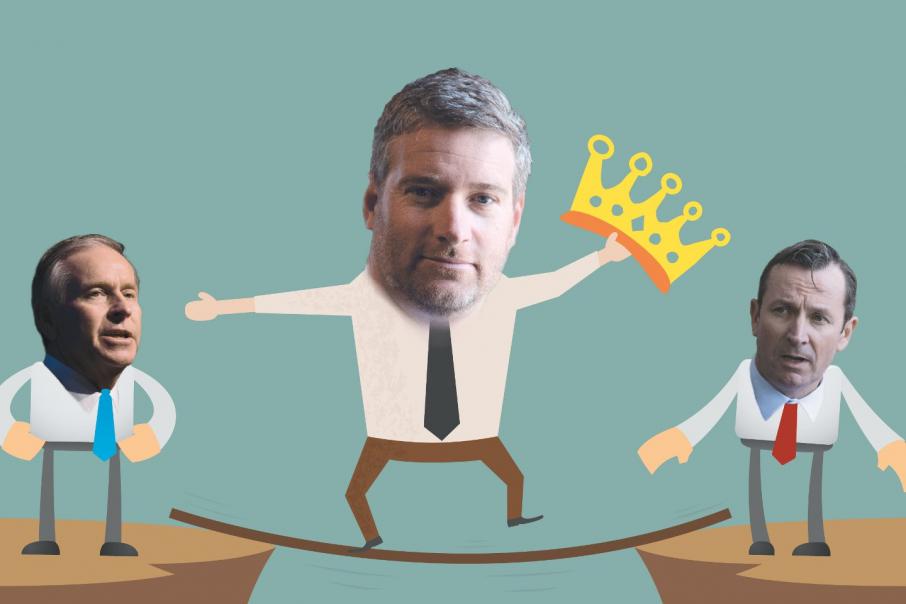 Many politicians, including senior government ministers, go through their careers as ‘grey’ men or women, barely getting noticed and having little impact; the same could never be said of Brendon Grylls.

The political career of Nationals WA leader Brendon Grylls has been full of surprises.

He was a young maverick just into his 30s when he seized the party leadership for the first time, in 2005, from veteran Max Trenorden.

Mr Grylls threw out the rulebook after the 2008 election, when he contemplated partnering with Labor before opting for an alliance with Colin Barnett and the Liberals.

The price he extracted was the Royalties for Regions scheme, under which hundreds of millions of dollars have been poured into regional Western Australia every year since.

In 2012, he staked his political career on a move from the safety of the Central Wheatbelt electorate to the seat of Pilbara, which he won.

In 2013, Mr Grylls surprised just about everyone by relinquishing the party leadership, and kept a relatively low profile for nearly three years.

That all changed when Mr Grylls successfully challenged the highly regarded Terry Redman for leadership of the Nationals last August.

His pitch to the party caucus was an audacious policy platform built around a $5 per tonne levy on iron ore miners Rio Tinto and BHP Billiton.

Mr Grylls was under no illusions about the hostile reaction his plan would attract.

“I understand there will be a massive campaign by industry against this,” he said on the day he won the leadership.

“There has been before. It cost a prime minister his job,” Mr Grylls said in reference to the fate of former Labor leader and mining tax advocate, Kevin Rudd.

However, the Grylls plan fails many of the traditional tests of good policy.

It is discriminatory, as it only applies to two companies and not their competitors.

It advocates unilateral changes to long-standing State Agreements – the kind of action that raises the spectre of sovereign risk.

And it won’t help the WA budget, because under current Commonwealth Grants Commission rules most of the revenue would be transferred to other states.

Despite all of these arguments, and a forceful campaign by industry groups and political opponents, Mr Grylls is unbowed.

He continues to espouse arguments that helped him regain the Nationals leadership.

“The Nationals believe that we as a state have facilitated a huge expansion of the iron ore industry at great cost to our state budget, and that the miners aren’t paying their fair share,” Mr Grylls said.

His arguments have gained traction with the electorate, however, which means Mr Grylls could wield even more power after the March 2017 state poll.

Recent polling shows a tight contest between the Liberals, with Mr Barnett seeking a third term in office, and Labor under Mark McGowan.

As in 2008, the Nationals could hold the balance of power.

If that occurs Mr Barnett will be forced back to the negotiating table, despite clashes between the Liberals and Nationals in recent years.

The two parties have been at odds on multiple issues, including local council reform, privatisation, and the future of fly-in, fly-out camps in the Pilbara.

The proposed iron ore levy ratchets up the tension, with Mr Grylls looking very much like the person setting the agenda.