ANALYSIS: The failure of Nationals WA leader Brendon Grylls and straight talking Liberal frontbencher Joe Francis to retain their seats is a devastating blow to their parties. But it can only get worse. 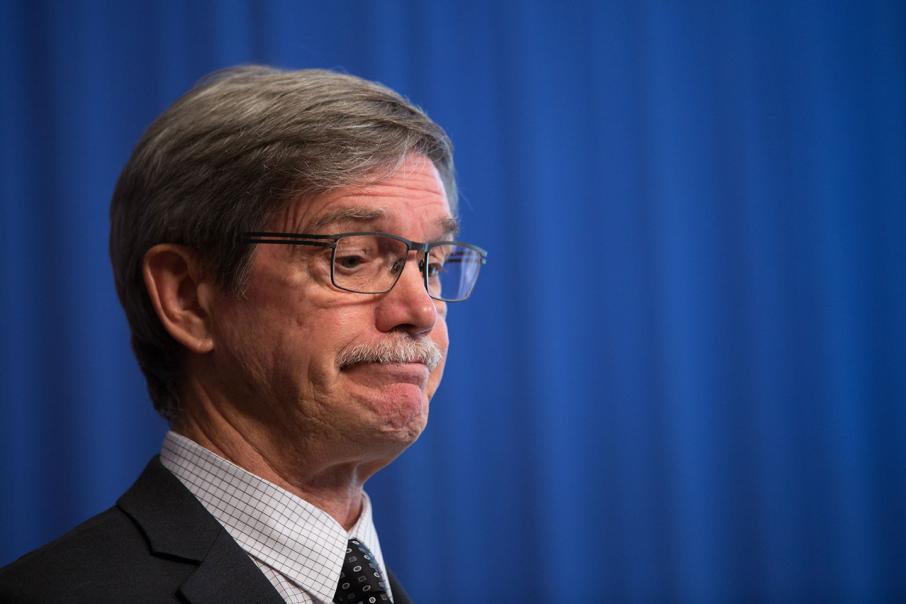 Mike Nahan is likely to lead the Liberal Party in WA.

ANALYSIS: The failure of Nationals WA leader Brendon Grylls and straight talking Liberal frontbencher Joe Francis to retain their seats is a devastating blow to their parties. But it can only get worse.

Four doubtful conservative-held seats remain to be decided. The Liberals are facing losses in three of them, and a possible win in the fourth (at the expense of the Nationals).

Mr Grylls paid the price for his crazy-brave strategy to hit the mining giants, BHP Billiton and Rio Tinto, with extra charges. The aim was to help resolve the state’s budget crisis and head off the One Nation challenge in regional Western Australia.

The Chamber of Minerals and Energy of Western Australia’s response was massive and effective. Its advertising blitz had cost $2 million midway through the campaign. Mr Grylls claims the final cost was closer to $5 million.

The clear lesson – take on the mining industry at your peril.

Mr Francis was shaping as a potential leader of a Liberal Party reeling after its big loss; his aggressive style would have been ideal to confront a new government with a bloated majority.

That role now seems likely to fall to outgoing treasurer Mike Nahan, who is actually two weeks older than Colin Barnett. Dr Nahan’s style is vastly different to that of Mr Francis, and he will have a huge job.

The other Liberal losses are likely to be Andrea Mitchell – who proved an effective mental health minister – in Kingsley, parliamentary secretary Jan Norberger in Joondalup, and former minister Murray Cowper in Murray-Wellington.

The only potential bright spot for the Liberals is Kalgoorlie, where Kyran O’Donnell could finish ahead in a three-way tussle and pinch the seat from, you guessed it, the Nationals.

And deputy Liberal leader Liza Harvey, in an impromptu interview with the ABC’s Jessica Strutt, has lent her criticism of the party’s campaign, describing it as ‘terrible’.

Mrs Harvey also said she has not had any leadership discussions with her colleagues and wanted the election count in all seats to be finalised before that occured.

Winners are grinners of course. And as the Liberals fret over the tight finishes, the massively expanded Labor team will struggle to fit into the caucus room at Parliament House when they meet today. But that’s politics.