IN a time when a number of not-for-profit organisations are slashing non-core programs and tightening their purse strings, West Perth-based St John of God Health Care has taken a contrary approach and expanded its initiatives. 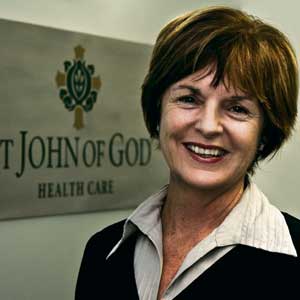 IN a time when a number of not-for-profit organisations are slashing non-core programs and tightening their purse strings, West Perth-based St John of God Health Care has taken a contrary approach and expanded its initiatives.

In the past seven years, the provider of hospitals, pathology and community services throughout Australia and New Zealand has grown its Social Outreach & Advocacy program from a modest budget of $1 million to about $40 million.

This month, the SOA program was presented with an Australian Business Award for community contribution in recognition of its outreach services for disadvantaged or marginalised people in remote Western Australia.

Group director mission Jennifer Stratton said St John of God used its resources, creditability and reputation to strive for a more inclusive community where the needs of the most vulnerable were met with compassion and generosity.

"We use our resources to build a more just society," Ms Stratton told WA Business News.

Integral to St John of God Health Care as a Catholic health care group is the social outreach and advocacy program, which works to establish and build projects helping marginalised people in rural WA.

Grassroots programs and services have been developed under the SOA to identify gaps in service provision in regional WA, covering issues such as post-natal depression, mental health, and pregnancy, while establishing key partnerships using the organisation's industry contacts, as well as attracting financial investment from other organisations to assist its target market.

The organisation aims to commit up to 2 per cent of annual revenue to providing care and relief where there are gaps in service provision are identified.

The program has grown to an annual commitment of more than $8 million funded from the resources of the organisation, leveraged with additional funding from state and federal governments and other external partners, to a total expenditure in 2008-09 of $40 million.

Since the program's inception, more than $100 million has been distributed to helping its target market.

"Through our social outreach and advocacy activities we strive to follow our founders, the sisters of St John of God, in their commitment to the creation of an inclusive community where the needs of the most vulnerable are met with compassion and generosity," Dr Stanford said.

The 2009 Australian Business Awards have been presented to almost 70 organisations selected from a field of 928 entrants across various industries throughout Australia.

Within the category of community contribution, St John of God Health Care was one of only eight organisations to be awarded from a selection of 83 entries.

A spokesperson for the Australian Business Awards said this year's awards attracted a very high standard of entries from the business community in times of great change.

Established in 2003, the Australian Business Awards celebrate organisations that demonstrate the core values of business excellence, product excellence, sustainability and commercial success in their respective industries.

Entries are judged on specific criteria underpinned by the program's values of success, innovation and ethics.