WA’s role as the nation’s economic powerhouse is no more evident than in the accounting sector, with strong growth a dominant feature of the past decade. 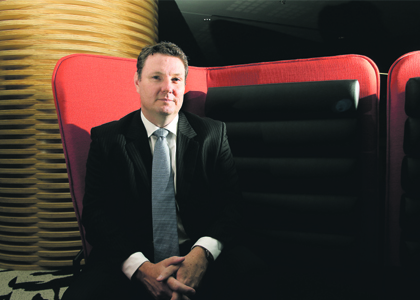 WA’s role as the nation’s economic powerhouse is no more evident than in the accounting sector, with strong growth a dominant feature of the past decade.

THE Perth accounting sector has never been bigger, with the top 20 firms in Western Australia more than doubling in size in the past decade as the key players have pursued the growth offered in the state.

In part, merger activity among the mid-tier players has fuelled this growth, as these firms try to keep pace with the big four.

While the merger mania has quietened down of late, some in the market suggest there are still firms looking to get bigger. An obvious example is that of WHK Group, the listed entity behind accounting firm Crowe Horwath, which is examining a merger proposal from financial planning player SFG Australia (see page 12).

Timing, of course, is everything. Those players that discussed the market with WA Business News were, on the whole, cautiously upbeat. There were challenges, but there was still confidence in the market and opportunities to be pursued.

Among the big four, the focus remains capital projects, consulting, corporate finance and traditional areas such as tax; the approach, though, had changed in some cases as client needs change with the times.

There was more focus on cost controls and less emphasis on growth for growth’s sake. That includes the big projects that have underpinned WA’s economic miracle of recent years.

The biggest change from an outsider’s perspective has been the arrival of new leaders at Deloitte and PwC.

New Deloitte Perth managing partner, Michael McNulty, and his equivalent at PwC, Justin Carroll, said they planned to retain the strategy that was in place at their respective firms and had no intention of making wholesale changes.

“In this market people are still looking for growth, but it is profitable growth,” Mr Carroll said of his clients.

“That focus on profitability is coming back in. It is probably more prominent in the resources sector but I think it flows all the way through. I don’t think anyone is immune to it.”

Mr Carroll said he sensed a bit more confidence in the market after the jolt it received six months ago when a sharp fall in iron ore prices led to some of the uncertainty that had been prevalent globally for years, most notably Europe, being felt here.

“Perhaps it is people just saying that they have to live with volatility,” he said.

“They are just expecting that Europe might be in trouble for a long time.”

KPMG managing partner Gary Smith said his firm had been more cautious in its recruitment policy in the past year as the growth scenario weakened.

“We had a capital project environment that, even a year ago, was more buoyant than it is today,” he said.

“Our market sees a more circumspect approach from the mid-cap miners in terms of movement from their financial study phases to financial close.”

Mr Smith said they were more careful across all aspects of their projects and there was realisation that financing was difficult.

“We were intending and hoping it would be more buoyant but we are sticking with those clients,” he said.

“If I had 20 more tax professionals I would put them to work immediately in here,” Mr Smith said.

Deloitte’s Mr McNulty said the focus on budgets and timelines in projects had intensified.

“Adding to that the transition to operations is where you can make or break those NPVs (net present value),” he said.

The move from construction to ramping up production to name plate capacity was fraught and carried big risks, and reward, with Woodside’s Pluto project a case in point when it hit capacity earlier than expected - a big bonus for the company.

“For those still trying to get projects under way, it is a different story.

“Prices have come back and put the squeeze on project economics.

“We are looking at whether there is another way to get that projects over the line and make it bankable.”

Among other influences in the marketplace is cost-reduction, especially around strategic efforts to reconfigure procurement.

“That means anyone supplying the industry must have its own house in order,” Mr McNulty said.

“They have to concentrate on getting their own costs down, they will come under extreme pressure.”

At the smaller end of town, NKH Knight’s Simon Howard said the two-speed economy was obvious among his clientele.

“There is some really positive news from our client base but, on the same day, we hear people doing it tough and tightening their belt,” he said.

At an industry level, Mr Howard said there was still talk of further merger activity, although his firm’s recent rebranding to better reflect its accounting and financial planning strengths was not linked to any kind of corporate activity.

“I am continually surprised by the feedback from business brokers and banks and others in that space about activity going on,” Mr Howard said.

He said his firm had had approaches from time to time.

Generally, though, activity in this regard has slowed since the musical chairs that took place across the mid-tier accounting space in the past few years and even included some poaching of entire divisions by big four firms, such as PKF’s audit team, which went to Deloitte in 2010.

The alliance has offices in every east coast capital except Canberra, and a presence in some regional hubs.