Growing up needn’t be difficult

Providing for the infrastructure needs of a growing city is an often-daunting challenge for governments. 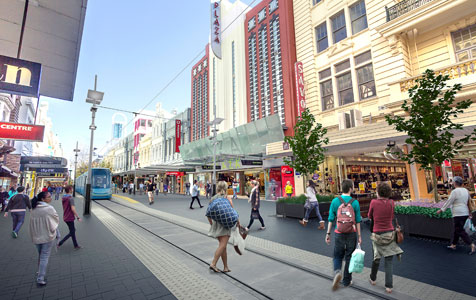 Providing for the infrastructure needs of a growing city is an often-daunting challenge for governments.

Civil infrastructure is a loosely defined term that encompasses many things that provide for human activity.

In our special report this week we’ve concentrated on those broad concepts that allow the ebb and flow of life in our state, including transport issues that touch on more than mere industrial issues.

Perth and some regional centres have expanded very rapidly during the past decade and, in many cases, outgrown the infrastructure that has served us well for a very long time.

Issues such as the MAX light rail project to move inner-city commuters, and Perth Freight Link to shift the ever-expanding volume of goods through Fremantle and surrounding suburbs are part of that. They are not just opportunities for industry; they matter very much to the lives and lifestyles of the people who live near them or, currently, live without them.

But other things that matter have gone ahead.

Much maligned as it is, the Elizabeth Quay project in the CBD is taking shape years after it should have been finished, causing traffic congestion and affecting many more people than would have been the case if any one of numerous proposals since at least the early 1980s had been decided on earlier.

It is an idea whose time came long ago and its critics ought to give up wishing time stood still. It’s too late for that.

It is part of numerous elements of cultural infrastructure that are needed to continue Perth’s emergence as a liveable city that takes advantage of its natural settings by enhancing them with a human touch.

Similarly, the sports stadium at Burswood is a costly piece of sporting infrastructure many will argue fails to meet tests of fiscal responsibility. Nevertheless, it has gone ahead and, when finished, will serve our community for decades – perhaps a century.

History tells us that, once its completed, few will ever bemoan the cost; just look at the Perth Arena or, more famously, the Sydney Opera House. The exception to that rule will be if the government is recklessly hoodwinked by vested interests into striking a deal with users that is not in the interests of all the people of this state. Then, every time the lights are switched on, taxpayers will be reminded of their poor decision.

The challenge with all infrastructure of this nature is get the long-term vision right and then allow flexibility in the timing of its implementation.

Just as in the commercial sector, governments are poor at picking winners. No matter how educated our bureaucrats and their advisers are, it is impossible to know well in advance precisely what people will need or want next. Systems of government that tried to do so have failed.

But governments can provide the foundations for good decision-making in the future, so that when and if infrastructure is needed, or wanted, many of the biggest obstacles have been removed, allowing what is required to be implemented in a timely manner.

That’s just as true in terms of the expansion of an airport, the creation of a transport corridor or building of a new museum.

Regrettably, much good planning is now being held hostage to differing political motivations; some who don’t want to see progress at all, some who want development at any cost and, perhaps worse, those who see the only good infrastructure as that to which they have attached their name.

This state has a great lifestyle and, as much as we don’t want to spoil it, we also have to be prepared to share it with others. Not to do so is selfish and, quite frankly, backward looking.