The burgeoning middle classes of our Asian trading partners is good news for agricultural exports. 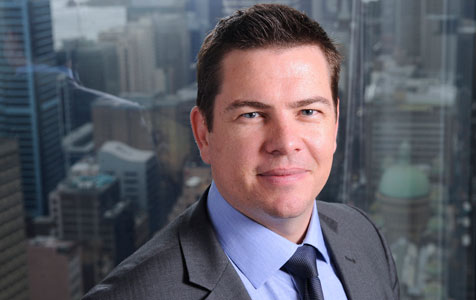 BULK commodities, base metals and energy products account for 57 per cent of Australia’s exports, and 11 per cent of GDP.

However, while Australia has good prospects in agricultural production, we believe it is not a large enough sector to compete with mining in terms of its prominence in the local economy any time soon.

Nonetheless, despite its diminutive economic size, there are likely to be opportunities in Australian agriculture, as Asia’s middle class incomes rise, diets change and demand for food increases. In particular, historical patterns show that as per capita income rises, demand for meat and dairy rises rapidly as people’s diets shift to consuming more protein.

Along the way, Australia also faces challenges, including environmental limits to significant expansion and the need for further consolidation of the industry to benefit from economies of scale and thus lift agricultural productivity growth. Willingness to allow significant foreign investment in the sector is also a prominent local political issue, despite the relatively modest amount of foreign investment in the sector at this stage.

Australia’s biggest rural export is wheat, at 2.3 per cent of total exports. Australia is the world’s fourth largest global exporter of wheat, behind Canada, the US and the EU, but ahead of Russia. Australia’s major export markets are Indonesia, South Korea and China

Australia’s second largest rural export is beef and veal (at 1.6 per cent of total exports) and, importantly, there has recently been a very large shift in the main destinations for its beef exports. While Japan remains the largest importer of Australian meat, these imports have fallen by 17 per cent over the past three years.

Instead, Australia’s exports to China have ramped up, rising by 190 per cent over the same period. Part of the reason for the ramp-up in China’s imports of Australian beef has been a ban on Chinese imports from Brazil, due to detection of bovine spongiform encephalopathy in that country. However, the pick-up in China’s beef imports also reflects rising demand for higher quality food from the growing middle class.

If China follows the consumption path of South Korea, per capita consumption of beef would almost double between 2009 and 2018 – assuming the IMF’s current GDP projections.

The progression of free trade talks with a range of countries, including South Korea, Japan and China could further boost Australia’s agricultural exports to the region.

Agricultural prices have increased solidly in the past decade, due to strong demand from emerging Asia, and we expect this demand to continue to rise, particularly for beef and dairy products.

Further consolidation of farms and adoption of technology – potentially assisted by foreign investment – could help to lift output and productivity growth in the industry.