A Margaret River-based entrepreneur is building a first for Western Australia – a house constructed out of hemp. 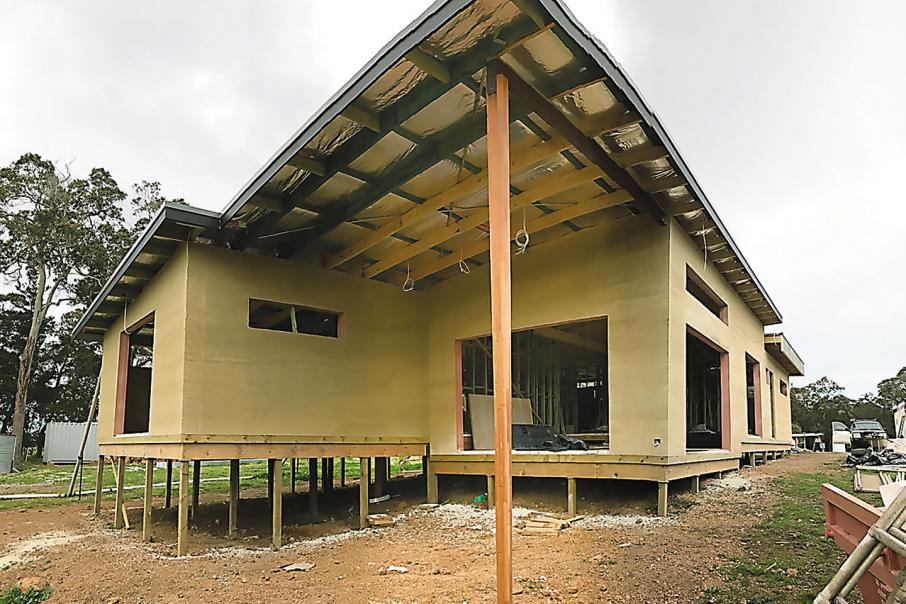 A Margaret River-based entrepreneur is building a first for Western Australia – a house constructed out of hemp.

Margaret River local Gary Rogers has been in the hemp industry for more than 16 years as the owner of HempCo, a retailer of hemp-based clothing and body care products with stores in Margaret River and Fremantle.

The house, which Mr Rogers said was being built for a client near Margaret River, comprises a traditional timber frame, but differs from conventional construction in the materials used for its walls.

Hemp Houses Australia uses hemp fibre that has been mixed with lime to create a wall material Mr Rogers said could provide an occupant with energy savings of between 50 per cent to 80 per cent on heating and cooling.

“The hemp is not structural, basically a timber frame is encased by the hemp,” Mr Rogers told Business News.

“In a nutshell, it’s your cladding, your gyprock and your insulation all in one.”

The hemp house is fire resistant, termite resistant, mould resistant and lightweight, with the reduced time it takes to produce the material yet another of its appealing qualities.

Mr Rogers said the fast-growing nature of the plant meant enough hemp fibre could be produced for a typical house in just 14 weeks.

Construction costs are on par with a traditional double-brick house, but Mr Rogers said he expected that to come down as more of the hemp fibre was produced.

The Margaret River house is expected to be complete by the end of the year, and is already stoking interest among South West locals.

“We’re moving into a more sustainable building environment, I think a lot of people like to be seen to be green, and as a building product, hemp really does tick all the boxes,” Mr Rogers said.

“At the moment, 65 per cent of our carbon emissions are made by building products.

“We can’t keep going down the same path of cement-based, brick homes, otherwise we’re not going to have a planet.”

Mr Rogers said his properties in the South West had the potential to grow enough hemp to build 15 houses every 14 weeks, with the state’s climate providing the potential for WA to be a world leader in industrialised hemp.

“Going back to sustainability, people are starting to wake up to climate change and they’re realising they can make a difference,” Mr Rogers said.

“If we can grow houses and capture the equivalent of 40 tonnes of carbon emissions per hectare, and not use any electricity to heat and cool your house, then you’re on a bit of a winner.”