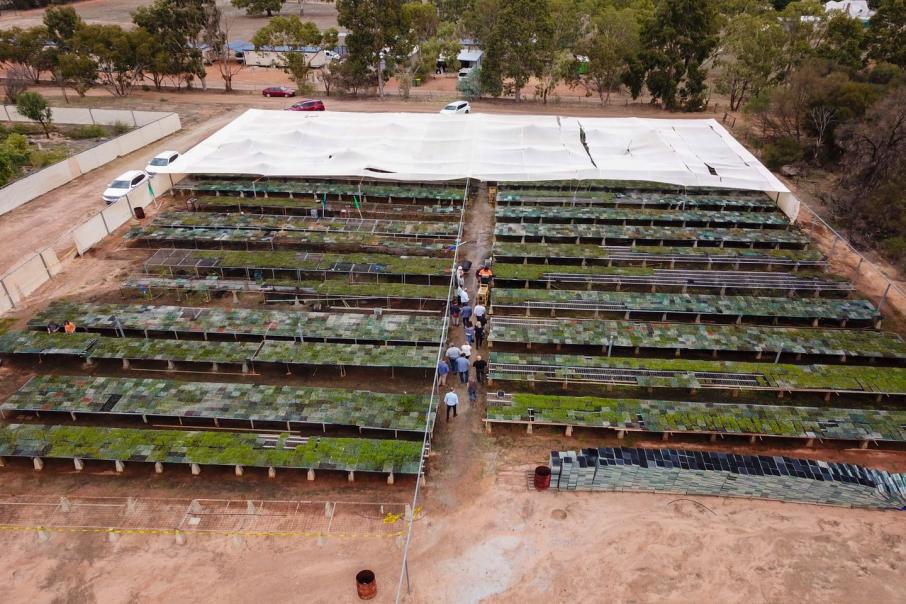 Noongar Land Enterprise purchased the farm on Great Eastern Highway 10 kilometres outside Northam late last year as part of its acquisition of WA Tree Farms, an acquisition facilitated by the financial support it received from European philanthropic organisation COmON and First Australians Capital.

The organisation began planting seedlings in mid-November 2020, with about 1 million seedlings, comprising more than 50 species, planted over a three-month period.

A planned expansion of the facility is expected to increase its production capacity from 2.5 million to 3 million seedlings annually, which will serve those in carbon farming and land restoration.

Noongar Land Enterprise chair Oral McGuire said the purchase of the native tree farm nursery was not only a significant milestone for the organisation, but also for the broader Noongar community and Aboriginal people across the nation.

“Noongar Land Enterprise has identified ‘looking after country’, cultural connectivity and rejuvenation, and wellbeing and healing as being interconnected in how our land assets are managed,” he said.

“While we are on a pathway to economic development, it is the environmental, cultural and social aspirations which provide the motivation and inspiration for our business aspirations.”

Governor Kim Beazley, who opened the new facility last week, commended the organisation for its commitment to regenerative agriculture and creating career opportunities for Aboriginal people in the indigenous food sector.

The not-for-profit group, based in the state’s South West, is the first Aboriginal grower group in Australia.

The organisation is aiming to reclaim and rejuvenate the relationship between Noongar people and country, while developing land-based businesses and promoting economic independence.