'Grow up': Kirkup hits back at critics

Opposition leader Zak Kirkup has backed the state government’s decision to enter a five-day lockdown, hitting back at internet trolls in the process. 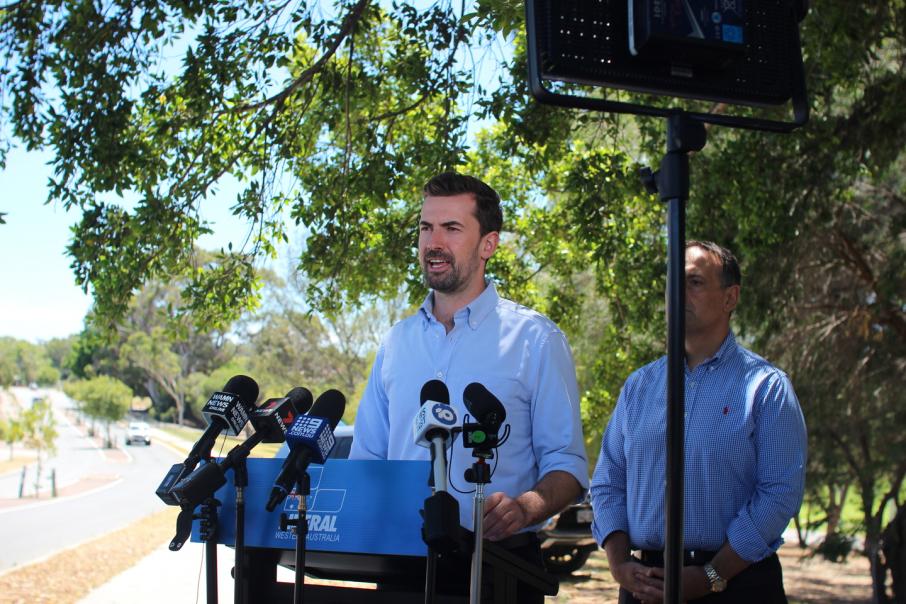 Opposition leader Zak Kirkup has backed the state government’s decision to enter a five-day lockdown after a hotel security guard tested positive to the UK variant of coronavirus, hitting back at internet trolls in the process.

The state is almost 24 hours into a five-day lockdown after a man in his 20s working at the Four Points by Sheraton hotel in Perth’s CBD tested positive for the virus on Friday.

More than 3,100 Western Australians have been tested for COVID-19 in the past 24 hours, including a number of the man's 66 close contacts, who remain in quarantine for 14 days.

During a press conference this afternoon, Mr Kirkup urged those critical of his decision to support the measures taken by the state government to “grow up” and act in the best interests of the community.

“I will continue to support and endorse the advice of the state’s chief health officer,” Mr Kirkup said.

“The Liberal Party aren’t ‘swamp rats’ that deserve the abuse that is being thrown around online.

“We can handle it, but the reality is that you are detracting from the important message that needs to be out there, and that’s to work together to respond to the restrictions together and help keep each other safe together.

“The WA government has had the longest time of any government in the country to prepare for what we’re dealing with.

“It has had the longest time to prepare to deal with a potential outbreak, so we should trust in its preparation and ability to respond to this.”

Mr Kirkup did, however, reiterate his calls for an independent inquiry into the state’s handling of the coronavirus situation, as the party has done for the better half of a year.

The Liberal Party has offered to work constructively in full cooperation with the government to help keep WA safe, saying the most important thing now was to make sure the restrictions were followed, he said.

“I understand that the public have questions about why there hadn’t been daily saliva testing and why those on the frontline were able to have second jobs; the system is not perfect,” Mr Kirkup said.

“But I would appeal to the public to respond to the directions; the first priority should be to keep each other safe.”