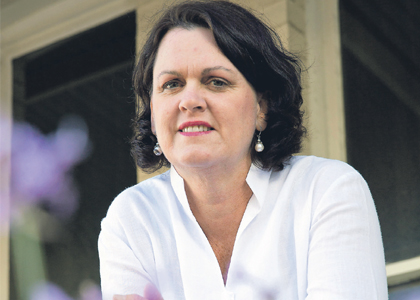 A MENTORING program designed to produce better outcomes for rural-based businesses will be launched later this month following a three-year pilot program.

So far, she said, the program had attracting sponsorship interest from the big banks and some smaller financiers, which recognised its potential.

“The program is facilitated and measured, incorporating professional development and capacity building, culminating with a final presentation to a panel of experts,” Ms Gooch said.

Mentees are reviewed every six weeks to gain experience in networking. The final presentation is incorporated into the program to build mentee confidence and help them ‘sell’ their businesses to a financier.

The program plans to produce two cohorts of mentees in its first two years, with a national rollout in the third year.

The program also aims to build regional business ties by training mentees to become leaders in their communities.

“Grow Zone is about building stronger communities by giving people a stronger economic base so that they can then give back,” Ms Gooch said.

“Previous participants have got their businesses at a certain level where they can give back and they are giving back to their communities.”

Among the mentors to have committed to the program are Murdoch University executive education director Richard Duldig, and Committee for Perth CEO Marion Fulker.

Ms Gooch said the program had attracted funding from the Department of Agriculture and Food, with $50,000 available over the next two years.

“The (agriculture) sector as a whole has to be smarter and more agile in how it does business,” the report said.

In all, 22 people participated in the pilot programs.

Funding ended for the pilot programs in March and Grow Zone has been trying to raise funds for the past 18 months.

The average annual cost of running the mentorships during the pilot programs was $150,000.