Groves to be tested

Outgoing Real Estate Institute of WA president David Airey has a succinct line of advice for his successor – “it’s not going to be easy”. 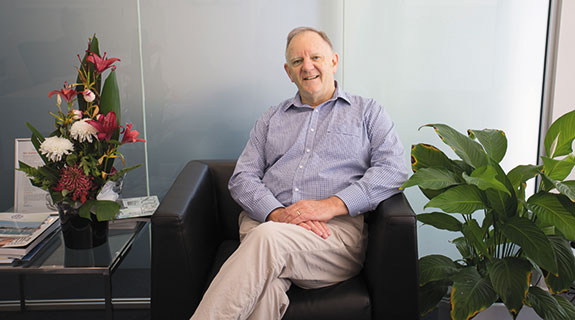 NEW FOCUS: David Airey is looking forward to concentrating on his business after retiring from Reiwa. Photo: Attila Csaszar

Outgoing Real Estate Institute of WA president David Airey has a succinct line of advice for his successor – “it’s not going to be easy”.

Mr Airey handed over the presidency of Reiwa to Hayden Groves earlier this month, after four years at the helm of the institute.

“He’s heading into what will be a very tough market in real estate, and he’ll need to be very realistic about the market and the economy,” Mr Airey told Business News.

“We’ve got a very tricky economic climate, which has made people more conservative in their views about borrowing money.

“Even though we have the lowest interest rates in history, we’ve got people concerned about borrowing.”

That uncertainty, Mr Airey said, was being most heavily felt at the top end of the market; in stark contrast to properties at or around the median price, where sales remained quite buoyant.

Turnover of high-priced property, particularly in the western suburbs, has almost slowed to a halt, while prices have been on a downward spiral since reaching a cyclical peak in 2012.

In the past three months, Mr Airey said, house prices in Perth’s most exclusive suburbs had come off around 10 per cent.

“There are some very tough buyers out there at the moment and they want bargains,” he said.

“I think it’s the correction we needed to have, but having said that, there are some very good properties for sale that can’t even be built for the price they’re on the market at.

“But if people can’t sell their existing home they’re not going to commit to a new one.”

Notwithstanding the current uncertain market conditions, Mr Airey said he was well satisfied with the job he’d done at the helm of Reiwa.

Highlights of his term, Mr Airey said, included streamlining the institute to ensure it concentrated on its key functions – training, advocacy, and reiwa.com.

Mr Airey said when he began as president in 2011 he was determined to take a big-picture approach to the job, a strategy he took on as Real Estate Institute of Australia president in 2009.

“We set out deliberately to make sure that what we were talking to the media about was accurate, reliable and we would call it as it is,” he said.

“We didn’t want to mess around and have an appearance of just another lobbyist organisation.

“We took the view that the public should have a greater trust in Reiwa and Reiwa’s figures and we did that by showing them that agents were providing the data to create accurate statistics.”

The other big achievement, Mr Airey said, was helping to bring other lobby groups together to form an alliance between Reiwa, the Property Council of Australia, the Housing Industry Association, the Urban Development Institute of Australia and the Master Builders Association.

“While we don’t always agree, we’ve now had several meetings with all these groups,” he said.

“And with the state election coming up in 2017, those five groups will be together, putting to government things that they’d like to see.

“We can achieve a lot as a group, rather than just one piece of industry going to government.

“The government needs to watch this space, because this will be an influential group that will hopefully have the best interests for the property industry and also the state’s economy.”