Water Corporation chief executive Sue Murphy and technology entrepreneur Anthony Grist have been appointed to the board of the Fremantle Football Club. 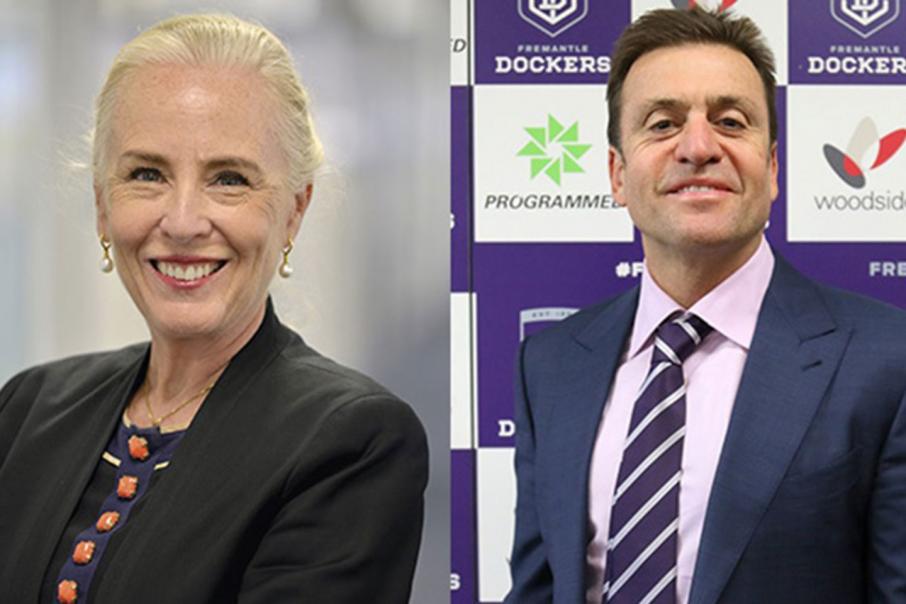 Water Corporation chief executive Sue Murphy and technology entrepreneur Anthony Grist have been appointed to the board of the Fremantle Football Club.

Incoming Fremantle president Dale Alcock announced the appointment of Ms Murphy and Mr Grist to the board as directors late yesterday.

Their appointments fill the vacancies on the board left by the departures of outgoing president Steve Harris and Grant Donaldson.

After nine years on the board, including seven as president, Mr Harris ended his tenure as part of a long-term succession plan that paved the way for Mr Alcock to become the club’s fifth president.

Mr Donaldson retired from the board after having reached the maximum allowable tenure for a director.

In a statement, Mr Alcock said Ms Murphy and Mr Grist, who are both long-term Fremantle members, would significantly add to the board’s diverse range of skills and expertise.

“Sue and Tony are highly regarded in their respective fields and will each bring a range of different qualities and insight to the board’s deliberations and governance of our club for the future,” Mr Alcock said.

Prior to her role as chief executive of Water Corp, a position she has held since 2008, Ms Murphy had a 25-year career at Clough through her background as a civil engineer.

Ms Murphy is also a member of the University of Western Australia’s Senate, a board member of UWA’s Business School and chairman of the Navy Clearance Diver Trust.

Ms Murphy said she was looking forward to “helping to make a great club even better”.

“The Dockers are entering a period of renewal and growth,” she said.

“It is exciting to be part of any transformation, and one involving a football club that I am passionate about is irresistible.

“I hope that my experience managing and leading change in a large organisation can add value as the club manages through an exciting new home, new stadium and new players.”

Mr Grist said as a long-term member he had always believed that the club “truly represents a community”.

“As a businessman I'm impressed by the club’s long-term strategic approach to developing brand and culture,” Mr Grist said.

“From a fan’s perspective, I'm very excited about the recent recruitment success in the trade period, which greatly enhances the near-term chance of on-field success.

“I have been fortunate in having had some amazing experiences helping build some great businesses as part of a team of professionals.

“However, I have probably learnt more from my mistakes over a long period of time, especially in the areas of strategy, branding, and most importantly, managing and motivating people.

“It’s an honour to be asked to share some of those experiences as a new board member.

“I can only hope others will say that when I have finished my time serving the members that I left the Fremantle Dockers a little better off than when I joined.”