The big get bigger and the small get crushed. 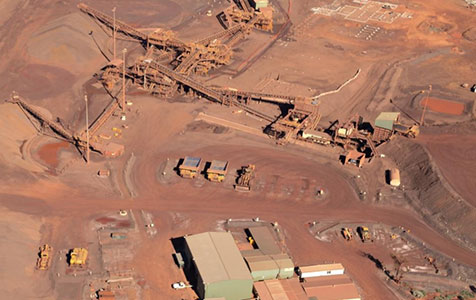 The big get bigger and the small get crushed.

It’s a process obvious to anyone watching Western Australia’s iron ore industry, with the only real question being who’s left standing in what has become a deadly game of survival of the fittest.

On one level the answer is easy. Rio Tinto, BHP Billiton and Fortescue Metals Group will emerge victorious, albeit with bruised profits from their market-flooding policies, and shareholders wondering what’s in it for them.

At the other end of the pecking order there are a number of small iron ore miners sailing very close to their break-even cost level, and some that are definitely trading at a loss.

Sino Iron, the grand adventure of China’s CITIC Pacific group and its unhappy co-founder, Clive Palmer, is highly likely to be losing money at the current iron ore price of around $US81 a tonne, even with the aid of a lower exchange rate.

The Karara project of China’s AnSteel and Gindalbie Metals will also be struggling, despite earning a premium price for its low-impurity, part-processed, magnetite concentrate.

The production costs of other north-west iron ore miners, including Atlas, BC Iron and Mount Gibson Iron, will be within sight of their break-even point and working hard to stay below the price they get for their exports – which is generally lower than the much-quoted price for 62 per cent iron content ore, given that most of them are mining ore of a lower grade and with impurities that attract an extra discount.

But the project most likely to be facing an immediate threat of closure or sale at a bargain-basement price is the historic Koolyanobbing mine of Cliffs Natural Resources, a US-based company that has effectively wrecked itself on an ill-timed Canadian deal.

A series of recent reports by investment bank analysts highlighted what’s happening with the major producers and the crisis likely to break at Koolyanobbing and, in turn, at its export port of Esperance.

The first flush of documents came two weeks ago when BHP Billiton and Rio Tinto hosted a large contingent of national and international bankers at their WA mines and ports, with the ensuing research reports triggering a fiery reaction from Premier Colin Barnett over plans to continue expanding into a falling market.

This week it was FMG’s turn to throw its operations open to the same group of analysts, with 50 of them taking a tour of the Cloudbreak and Kings mines, and Port Hedland.

As with the BHP Billiton and Rio Tinto events, there has been a steady flow of optimistic reports about FMG’s potential to play the cost-cutting game, perhaps getting down to a cash cost of less than $US30 a tonne in the short term, a cost that will be within sight of the sub-$US20/ targets of the bigger miners.

But while analysts from big-name investment banks such as UBS and JP Morgan were dusting off their FMG investment recommendations and arriving at a collective conclusion that the stock is undervalued by about 17 per cent and should rise to $4.20 (and perhaps higher), there was a devastating report about Cliffs produced in the US.

Citibank downgraded its view of Cliffs to ‘sell’, thanks to a whopping $US6 billion asset-value write-down, largely against the Bloom Lake mine in Quebec bought in 2011, close to the high point in the iron ore market, for $US4.9 billion.

A huge clean-up is under way at Cliffs, which Citibank reckons will fall from its recent share price of $US8.74 to around $US5, with concern also expressed about whether the company might breach debt covenants with its banks.

For Koolyanobbing, a mine originally developed by BHP to feed a blast furnace at Kwinana, the outlook is grim with Citibank saying it is: “Modelling a curtailment of loss-making Canadian and Australian iron ore mines”.

Given that Cliffs only operates one iron ore mine in Australia – despite Koolyanobbing trading under the grand corporate banner of Asia Pacific Iron Ore – it is reasonable to interpret “curtailment” as the sale or closure of the historic WA mine.

Not that a sale will be easy.

“The drop in iron ore pricing makes it much more difficult for the new chief executive office to divest or find partners for the company’s high cost international assets,” Citibank said.

Just how tricky it will be to keep Koolyanobbing in production is evident in Citibank’s financial model for Cliffs, which show last year’s gross profit of $US367 million from Asia Pacific Iron Ore collapsing to $US94 million this year, and for losses of $US52 million and $US40 million in the next two years.

If Citibank’s numbers are correct they are flagging a tough time for the mine’s employees, as well as for workers on the wharf at Esperance.