Greening Australia is the largest environmental organisation in Australia, but its work is far removed from the confrontational approach associated with some conservation groups.

A not-for-profit organisation with a business focus, Greening Australia does a lot more than plant trees. Greening Australia, formed in 1982, is a national federation of independent state offices with a staff approaching 400 across 80 locations nationwide. The organisation has 50 staff in WA, most currently engaged in three major projects with a primary focus on environmental restoration. The group enjoys financial support from state and federal governments as well as solid backing from the corporate world, and it is this funding that helps Greening Australia WA undertake its work.

"One of the great assets that Greening Australia has is our ability to relate to local communities and the big end of town" WA chief executive Dr Robert Lambeck told WA Business News. The group's biggest project in WA is the Great Southern Arc Campaign, an ambitious 10-year project designed to establish a belt of sustained interconnecting vegetation from the Stirling Range to Fitzgerald River National Park. This $20 million project is part of the much larger Gondwana Project which seeks to revegetate land from the South West to the Goldfields and has been dubbed 'karri to Kalgoorlie'. Dr Lambeck said the ambitious goal was "to achieve change that you can see from space".

The world's largest environmental organisation, the US-based The Nature Conservancy, is partnering Greening Australia in this project, which also has backing from Wesfarmers. One of the project's activities is to buy existing farms in the region and re-establish them in accordance with Greening Australia's sustainability model. This is based around one third natural vegetation, one third benign land use (which may include plantation timber such as sandalwood or oil mallee), and one third traditional cropping and grazing. The group is about to complete the purchase of its second farm with the aim of using the land on a sustainable long-term basis to produce environmental, community and economic outcomes.

Apart from providing financial input, Wesfarmers has involved its staff in the farming ventures, with many making field trips to see the work first hand. The Australian Bush Heritage Fund, initially established by The Greens' Bob Brown, is also involved in the campaign through its efforts to preserve natural bush land in the region.

Shell Australia also plays a role in the Great Southern Arc Campaign through its involvement in the Reconnections program, which also aims to deliver a three-pronged bottomline environmental, community and economic outcome. Shell's $500,000 contribution has been used in several ways, including the growing of sandalwood and Broome bush, with a view to the potential for carbon sequestration in mind, to be used as fencing material.

Reconnections is also working with the local Noongyar community on potential commercial applications of native food. 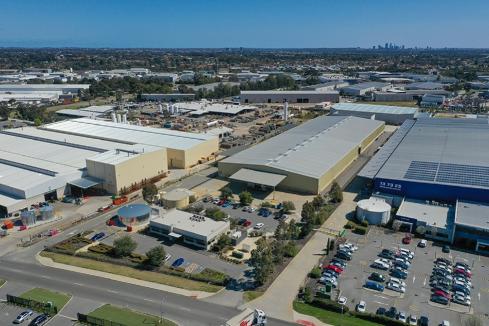