Perth-based City Farmers has been sold for $205 million, just nine months after managing director Clayton Hollingsworth struck a deal for Quadrant Private Equity to pay $93 million for a major stake in the pet care retailer. 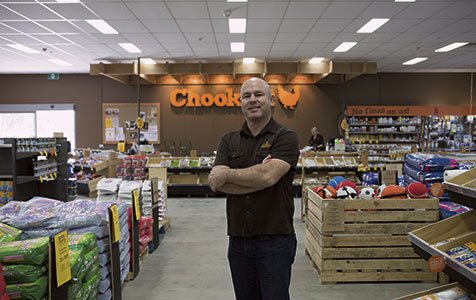 Perth-based City Farmers has been sold for $205 million, just ten months after managing director Clayton Hollingsworth struck a deal for Quadrant Private Equity to pay $93 million for a major stake in the pet care retailer.

The business has been bought by ASX-listed Greencross, which operates the Petbarn chain of 135 stores along with 108 vet clinics.

The City Farmers purchase will add 42 stores to its network, including 21 in WA.

While this is higher than the 4-6 times multiple that mid-sized, unlisted businesses normally sell for in the Australian market, Mr Hollingsworth said it was in line with sector transactions overseas.

Quadrant bought into the business in August last year, acquiring the "vast majority" of the company's equity.

Other vendors are Mr Hollingsworth, who was formerly iiNet's chief financial officer, and Bob Bunning, who bought into the business in 2008, and City Farmers' founder Chris Kent.

The vendors will help to fund the purchase by subscribing for $50 million of Greencross shares at a premium price of $9.00 per share.

Mr Hollingsworth said the vendors and the purchaser were both keen on this co-investment, which from his perspective refelcted the very strong fundamentals of pet care retailing.

"I don't think a deal would have got across the line if there hadn't been an opportunty to take some scrip, to keep some exposure to the industry," he told Business News.

The Greencross funding for the acquisition will also include a non-renounceable entitlement offer to raise $51 million and a fully underwritten $69 million placement to institutional investors.

The entitlement offer and placement will be offered at a fixed price of $8.45 per share, representing a 7.3 per cent discount to the last closing price of $9.12.

City Farmers is forecast to deliver annualised revenue of about $120 million, as well as annualised earnings before interest, tax, depreciation and amortisation of about $20 million in the next financial year.

"The combination of Greencross and City Farmers brings together two of Australia's outstanding pet specialists, and increases our exposure to the Western Australian market," Greencross CEO Jeff David said.

The acquisition is expected to be completed on 17 July 2014.

The vendors were advised by EY and law firm Gilbert + Tobin.