Power Ledger co-founder Jemma Green has been named as EY’s fintech entrepreneur of the year at the national awards in Sydney last night, while Melbourne-based Jo Horgan took out the main award. 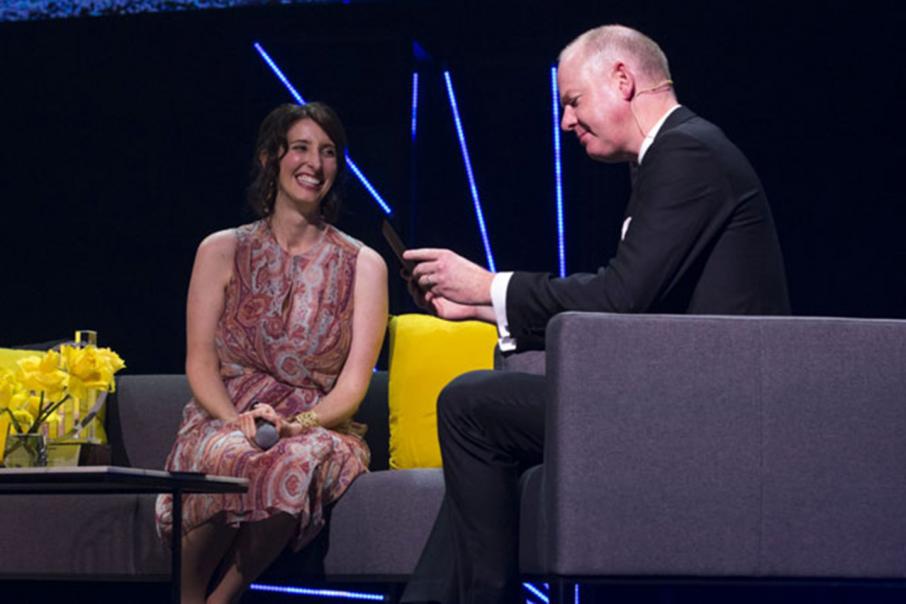 Jemma Green on stage at the awards with Tom Gleeson. Photo: EY

Power Ledger co-founder Jemma Green has been named as EY’s fintech entrepreneur of the year at the national awards in Sydney last night, while Melbourne-based Jo Horgan took out the main award.

Ms Green was among six winners at the event, with the founder of beauty retailer MECCA Brands Ms Horgan winning top honours.

Speaking at the awards last night, Ms Green said there had been a long list of contributors to the success of the company.

“From product development, to tech, to getting deals, to background research and analytical work to make the work we do happen, to communicating to the market, to protecting us legally, to organising the office and to our account keeping,” she said.

“They all play an integral part in our success to date.

“It’s been amazing hearing about all the incredible ideas and stories behind some of Australia’s most successful entrepreneurs tonight.

“And to receive an award right there with them is huge validation for what we’re doing at Power Ledger - but it’s only just the beginning for us.”

Alicia Curtis from giving circle 100 Women was selected as WA’s social entrepreneur, while Hancock Prospecting chair Gina Rinehart was named the champion of entrepreneurship at the state awards.

Meanwhile, the National Association of Women in Construction awards were held at the Westin this morning, with Elite Compliance managing director Kasey Venter winning the Swan Crystal Vision award.

“We felt that Kasey demonstrated a genuine approach to business, career success, mentoring and creating a pathway for women in the industry and a true and dedicated commitment to her passions outside of the workplace,” the judges said.

Hannah Galloway of HASSELL, Historic Heart of Perth Sandy Anghie, and CPB Contractors’ Jessica Corica were also among the award winners at the event.