A Wesfarmers-owned lithium refinery development planned in Kwinana has navigated a traffic issue which led to a State Administrative Tribunal appeal. 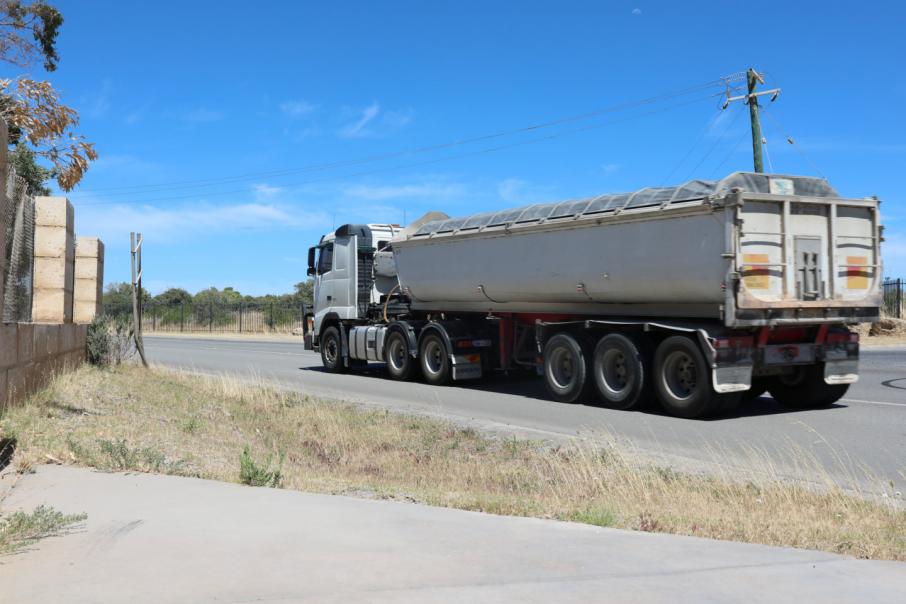 A truck in the Kwinana industrial area. Photo: Matt Mckenzie

A Wesfarmers-linked lithium refinery development planned in Kwinana has navigated a traffic issue which led to a State Administrative Tribunal appeal.

The Covalent company is owned by Wesfarmers and Chilean giant Sociedad Química y Minera, with the plant to refine spodumene from the proposed Mt Holland mine into lithium hydroxide for export.

But the Outer Metro Development Assessment Panel added a condition that three road intersections be upgraded to accommodate 27.5 metre road trains delivering the chemical output into the Aurizon Kwinana railyard.

Aurizon and Covalent disputed the need for the intersection upgrades, which Business News understands would have cost a six figure sum.

The company appealed to the State Administrative Tribunal last year, and the JDAP met again on Friday to reconsider the conditions, with Covalent represented by Lavan Legal planning and environment senior associate Alex McGlue.

Covalent cited a report by consultancy Transcore which found the operating would lead to  48 two way movements of B-Double road trains and 38 semitrailer movements daily.

That could be accommodated through the existing entry into the railyard, Transcore found.

Transcore recommended the condition to upgrade the three alternate intersections be reconsidered.

“The City supported the new information provided, and recommended to the JDAP that the condition be amended to refer to this new technical note,” a spokesperson for the City of Kwinana said.

“After some deliberation, JDAP resolved to amend the condition in a similar manner to that recommended by the city, albeit with amended wording.”

Business News understands a final investment decision on the refinery is expected this year.