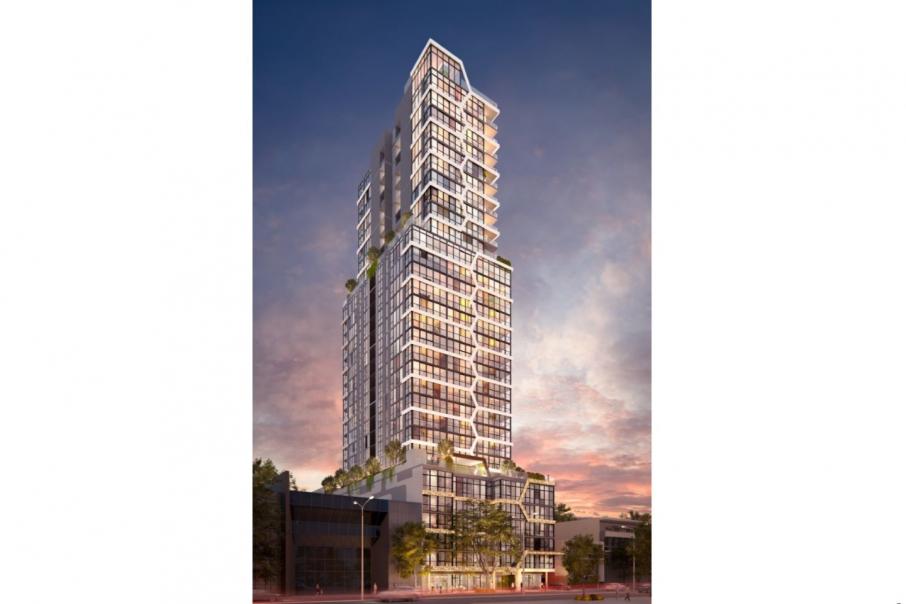 The Local Development Assessment Panel approved the ASX-listed company’s plans for 240 Adelaide Terrace this morning, with the project to comprise 119 studio, one, two and three-bedroom apartments.

The $92 million development, designed by SS Chang, sits on a 1,679 square metre site and marks Finbar’s 23rd substantial project in Perth city over the past 15 years.

Finbar managing director Darren Pateman said the development continued the company’s strategic inner city positioning for scale projects and that it would bolster its development pipeline in central Perth, as stock at its nearby and recently completed Vue Towers continued to be sold.

The approval follows the state government’s recent announcement concerning the 75 per cent stamp duty rebate for off-the-plan apartments, which has now been extended to stock under construction in addition to pre-sale stock, which Mr Pateman had previously advocated for.

“The last few months have obviously been a very challenging time for many industries, including the property industry, on the back of sustained softer conditions, however we are confident after some heightened uncertainty that we are moving past the worst of it with June proving to be our busiest sales month in almost two years,” Mr Pateman said.

“We remain cautiously optimistic about a gradual recovery to the confidence levels we were seeing pre-Covid-19 and that the recent government stimulus measures will lift buyer confidence and drive WA out of an unremarkable five years for the property sector.”

The project is a 50/50 joint venture with Ventrade Australia, adding to the pair’s list of previous collaborations including Concerto, Adagio and Toccata in East Perth, as well as Unison and One Kennedy in Maylands.

Mr Pateman thanked the City of Perth for its support in recommending the development for approval late last month, which he said was significant for Finbar and the property industry more broadly as WA moved into a recovery phase post COVID-19.

“The development of 240 Adelaide Terrace, along with our other planned projects, will provide tens of millions of dollars in economic stimulus to the WA economy at a time when it is sorely needed and provide Western Australians with hundreds of jobs both directly and indirectly during the construction process and beyond,” Mr Pateman said.

The news follows the approval of the company’s $400 million Civic Heart project in South Perth  earlier this year,  after WA planning minister Rita Saffioti’s decision to ‘call in’ the development giving it the green light following years of planning delays.

At the time of writing Finbar shares were up slightly at $0.72 per share.