SPECIAL REPORT: Business News spoke to green advocates to explore how the petroleum industry might find common cause with the environmental movement, as pressure builds on billions of dollars of projects. 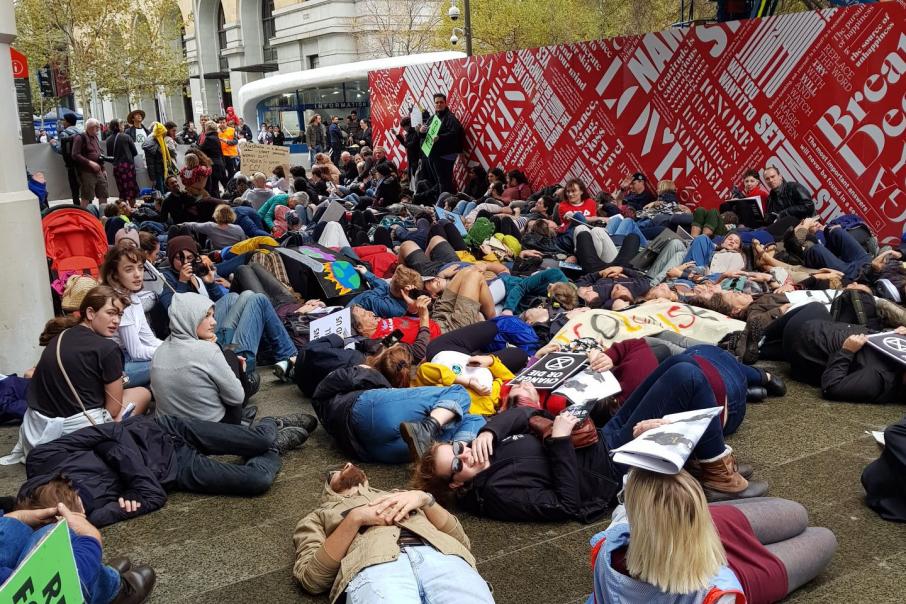 Business News spoke to green advocates to explore how the petroleum industry might find common cause with the environmental movement, as pressure builds on billions of dollars of projects.

There's long been an uneasy tension between activists and the petroleum industry, and responses to a recent CSIRO report are one of many examples of how their thinking diverges.

The paper by the organisation’s gas research division analysed the life cycle of carbon emissions from coal seam gas projects shipped as LNG.

For petroleum producers, the findings were definitive confirmation that LNG exports were doing their bit to help reduce carbon emissions by replacing coal as a generation source.

The report demonstrated gas power generation had emissions about 50 per cent lower than coal, measured over the life cycle, the Australian Petroleum Production and Exploration Association said.

The green movement read it differently, with the Conservation Council of Western Australia arguing the report showed LNG emitted more carbon than normal gas and that there was no clear evidence that LNG was replacing coal.

Strictly speaking, both parties were accurate in their assessments.

The report did say that gas power emitted less carbon than coal, that liquefaction increased emissions, and that it was unclear how much LNG would displace coal generation.

It found that replacing coal power with (unliquefied) gas would reduce emissions by as much as 50 per cent, while liquefaction, shipping and regasification accounted for only about 9.9 per cent of life cycle emissions for LNG.

Those numbers support the mainstream view that LNG is contributing to emissions reduction, at least to the extent that the gas is being used to replace coal.

But LNG is also used for heating and industrial purposes.

A further complication is that LNG sourced from Queensland coal seam sources will have a different emissions profile from offshore gas production found in Western Australia.

Regardless, it seems both the industry and environmentalists walked away feeling vindicated.

The CSIRO’s work was not the only recent piece discussing LNG emissions, however.

A report by Global Energy Monitor in early July found that more carbon emissions would come from all proposed LNG export terminals in the world than all proposed coal generation plants.

That’s potentially a sign that energy users are moving from coal to gas, but should also serve as a warning that environmentalists are shifting attention from one to the other.

The report predicted demand for gas in power production would increase by about 390 million tonnes of oil equivalent by 2040, while coal demand would fall slightly.

Demand for renewables and nuclear energy would grow by a combined 1,900Mtoe by 2040, the report said.

Gas is usually seen as complementary to renewables, because gas generators can easily vary production to deal with renewable intermittency, while coal is less flexible.

Activism, environmental compliance and regulatory risk are becoming a significant issue for oil and gas producers.

Platform Communications founding director Kirsty Danby said billions of dollars of projects were at risk from activism, while the industry faced the prospect of long-term reputational damage.

“The oil and gas sector is facing greater public, political and stakeholder pressure than ever before,” said Ms Danby, whose firm has provided public relations advice for Woodside Petroleum, APPEA, among others.

“Any proposed project is in potential jeopardy because of heightened community expectations and increasingly sophisticated activism.”

She said the industry should take a leadership role in the debate, rather than being reactive, and do so collectively in a positive way.

Ms Danby said the industry needed to demonstrate its value to stakeholders, such as local communities, and work with other industries, governments and environmental groups to advocate its contributions.

The industry has faced several policy changes in recent years.

Two recent examples were the fracking moratorium, which was recently lifted, and a harsher new emissions policy by the Environmental Protection Authority.

The authority came under pressure to rethink the proposal, with Woodside arguing it might prevent the massive new Browse and Scarborough LNG developments from proceeding.

That led the EPA to enter a consultation process, due to be completed in August.

EPA acting chair Robert Harvey told Business News the authority was open to changing the guidance in response to submissions.

On the fracking front, the state government banned the unconventional drilling technique in 2017 while it awaited a scientific inquiry led by EPA chair Tom Hatton.

Dr Hatton made 44 recommendations in 2018, including disallowing projects near water sources.

Previous reports have also given the green light to fracking, including a WA parliamentary inquiry and one by the US Environmental Protection Agency.

A clear level of mistrust continues between parties on either side of the fracking argument.

Ms Hogan said only 31 of the 135 recommendations from a similar inquiry in the Northern Territory had been implemented.

“[T]here were hearings in (NT) parliament around a new environmental protection act, and we saw the fracking companies front that inquiry and talk about trying to derail some of those recommendations,” she said.

“For as long as they are trying to angle to tear down environmental protections we will be keeping an eye and helping communities to try and strengthen them.”

In WA, environmentalists have been criticised for using anti-fracking advocacy to stop conventional exploration.

But Ms Hogan said it wasn’t that simple.

“It could be in those instances that there have been previous ASX announcements or industry reports that talk about another reserve in that same licence area ... that will require fracking,” she said.

“It should be incumbent on oil and gas companies to be clear what their intention is.

“Businesses also try and blur the two, to be honest.

“They might go for a permit for a conventional source, and then find an unconventional resource there and go for a modification to the approval, there are grey areas there.”

Business News asked if consensus between both parties would be achieved if water and landholder rights were implemented.

“I think we’ve come to a consensus over some key issues,” she said.

“There was consensus when the moratorium was put in place in the NT… there are (also) areas across NSW that have been put off limits, and the industry has conceded this was the wrong place.”

Rebels with a cause 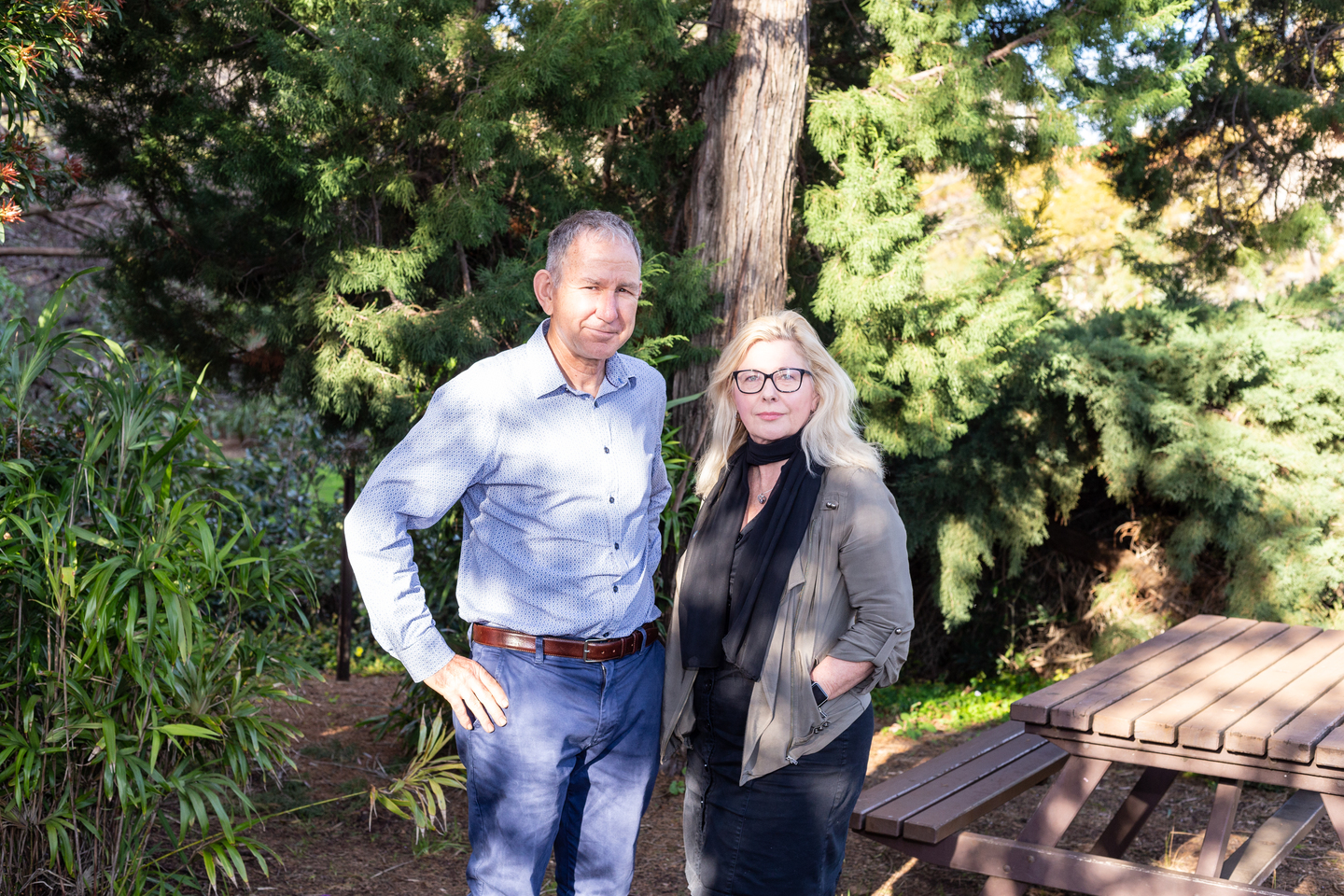 One activist group to recently spread operations into Perth is Extinction Rebellion, which staged a ‘die-in’ protest event in Forrest Place in July.

The group also wanted the government to declare a climate emergency, and wants to reduce emissions to net zero by 2025.

To put that in perspective, the Intergovernmental Panel on Climate Change last year called for net zero emissions by 2050 to limit warming to 1.5 degrees celsius.

“(Climate change is) as big a challenge as we’ve ever faced, it’s an existential threat,” Ms Glynn said.

Politicians were locked into short term-thinking by electoral cycles, she said, and a citizen’s assembly would give an opportunity for a group of people, selected like a jury, to focus solely on climate issues.

Mr Mawyood said he hoped to form a bridge between both groups.

“A polarised debate is not really helping mankind,” he said.

Mr Maywood said future projects should abate 100 per cent of emissions, because the industry was losing social licence.

“Adding further emissions without offsetting ... would be unacceptable to the general public,” he said.

“The bath is overflowing, we need to turn the taps off.”

But Mr Maywood also said the organisation’s membership, which was non-hierarchical, had a variety of views.

“It’s not a binary argument, development or no development,” he said.

“We’re all individuals, and we’ll all have diverging views and opinions.

“Within that spectrum, there are bound to be people who are anti-development from an ideological perspective.”

“(The) principle behind Extinction Rebellion is that the social contract between government and its people has been broken, because government is no longer protecting its people,” Mr Maywood said.

“People say you have a moral obligation to break unjust laws; for a lot of people that’s really difficult.

“Extinction Rebellion provides quite detailed training, and legal support for the group.

“One of the objectives is to be arrested, not to be disruptive.”