Recent events putting the spotlight of increasing female participation in the resources sector have focused on learning from personal experiences. 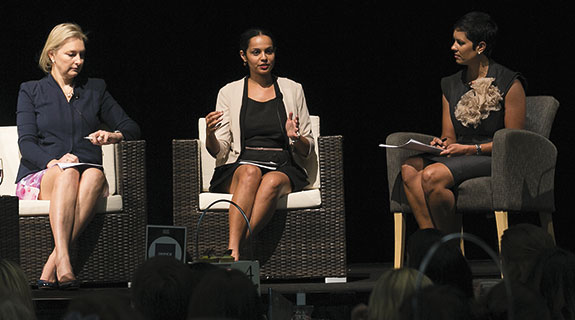 Recent events putting the spotlight of increasing female participation in the resources sector have focused on learning from personal experiences.

Some high-profile women in the state’s oil and gas sector are turning their focus to providing grassroots, practical advice to increase female participation and career progression in the male-dominated sector.

Measures to improve participation have traditionally relied on high-level directives that set quotas or targets.

These strategies, while based on statistics that more gender and ethnically diverse workplaces improve performance, productivity and competitiveness, have also caused concerns about merit – perceived or otherwise.

People’s Choice award winner at the 2015 Chamber of Minerals and Energy women in resources event, Geeta Thakorlal told Business News while businesses that failed to embrace diversity risked being left behind, women didn’t want to be treated in a special way – they wanted to be treated fairly.

Ms Thakorlal, a prolific mentor and an executive at WorleyParsons, said women in the resources sector could do well if they were passionate, took opportunities and reached out to role models.

“Go to various networking events and identify the kind of people you want to be like; be selective, find out what they do and if they exhibit the same values as you,” she said.

Ms Thakorlal said those striving to be leaders could benefit from becoming well rounded, putting themselves in other people’s shoes, being trustworthy and having integrity.

“Most importantly you have to walk the walk and be absolutely authentic. Be yourself; if you can’t, people will see it, they will sense it and you won’t be trusted as a leader,” she said.

During a meeting of the Women in Oil and Gas group held during the recent Australasian Oil & Gas Conference in Perth, Woodside Petroleum subsea production team lead Rebecca Lewis told nearly 400 attendees how she had enacted simple strategies successfully. Ms Lewis, who has worked as a mechanical engineer for 12 years, said a former manager had been of great help.

As a woman in a male-dominated field, Ms Lewis said, some co-workers assumed her role to be an administrative one. Her boss noted this and moved her desk closer to his to send a clear message about the department she was in.

He also advised her to be more confident in group settings and introduce herself with her job title.

Ms Lewis said another tactic she now used when mentoring graduates was encouraging them to speak up.

“In the interest of political correctness sometimes your boss won’t bring things up with you ... but you can ask your boss ‘do you think I should do something differently’ and let your boss know you want to have an open and honest conversation, that’s a measure people can do,” she said.