Owners of graphite stocks have enjoyed strong returns during the past year on the back of demand for the mineral’s use in lithium ion batteries, however it is the potential to tap new markets that has some in the sector even more excited.

Graphite is projected to see increasing demand in the coming decade.

Owners of graphite stocks have enjoyed strong returns during the past year on the back of demand for the mineral’s use in lithium ion batteries, however it is the potential to tap new markets that has some in the sector even more excited.

Subiaco-based Kibaran Resources is among the companies riding the wave of growth and seeking fresh product opportunities in industries ranging from telephony to solar panels and aeronautics.

The company has graphite interests in eastern Africa and achieved a total shareholder return of 118 per cent for the year ending June 30, with its stock having tripled in price since then, closing at 53.5 cents a share mid-last week (up from 15.5 cents on June 30).

“We were very much drawn to the European market for our sales and longer-term partnership, because the demand for graphite we saw was very much driven by the expanded graphite market as much as it is the lithium ion spherical market,” Kibaran executive director Andrew Spinks told Business News.

“European end-users are now manufacturing building products that are lightweight and energy efficient in terms of cooling and heating using expanded graphite.

“Your iPhone or television is an example of where they have heat sinks at the back and that’s largely graphite foil. That distributes all the heat so you don’t get a hot spot in one area.”

The TSR of some Perth-based companies with a graphite focus – Triton Minerals, Western Mining Network and Talga Resources – was even more impressive, at more than 400 per cent in the year to June 30.

The odd one out is Lithex, the share price of which has doubled since June 30, most likely because it is the target of a reverse take over from digital advertising agency Mpire Media.

As Mr Spinks suggests, his and these other stocks have generated a lot of excitement because of the rapid advancements of technological innovations such as graphene, a graphite derivative, which is claimed to be stronger than diamonds and more conductive than copper.

These properties give it potential to be used in aeroplane manufacturing, computer chips, solar panels, and flexible mobile phones, among other applications.

But graphite’s use in lithium ion batteries is still driving much of the demand for the mineral, and investor attention.

Lithium ion batteries are a core component of electric cars and are used to store charge, and demand from car developers is expected to quadruple the value of the lithium ion battery market to $26 billion annually in 2023.

Production of each battery requires more graphite than lithium by a factor of roughly 30-40 times, and 1 million new electric vehicles would require roughly 100,000 tonnes of graphite.

“There’s a lot of demand for graphite,” said Mr Andrawes.

“Most graphite at the moment comes from China, but China uses all that it produces. Alternative supplies are very important”.

More than 70 per cent of the annual 1.2 million tonnes of global graphite production comes from China, but Chinese miners are facing cost pressures, stricter environmental standards and now an export tax.

Mr Spinks predicts the surge of interest in graphite won’t be temporary.

“We’ve seen the demand from graphite evolve from decorative uses, to pencils, to lubricants and then steel-making refractory,” Mr Spinks said.

“It is now used in the high-tech industry and has the potential to lead us into a technology revolution.” 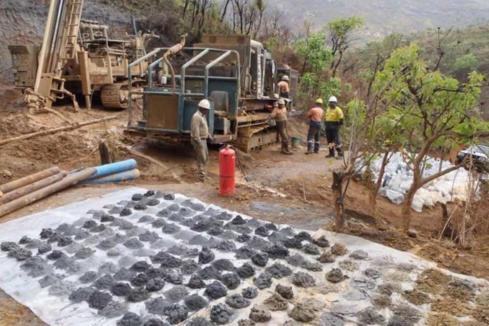 EcoGraf to focus on graphite facility