A trio of young female researchers is at the forefront of efforts to improve WA’s grains industry. 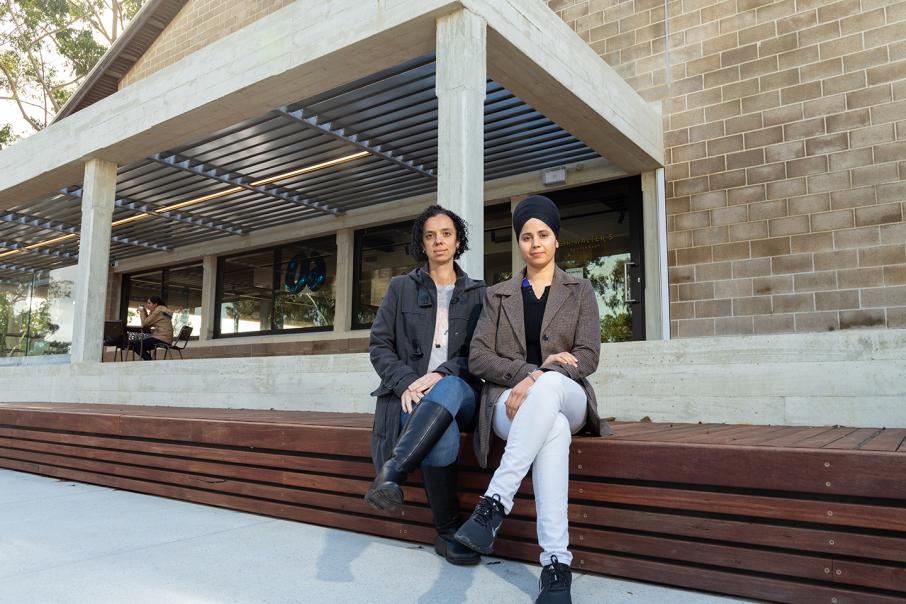 A trio of young female researchers is at the forefront of efforts to improve WA’s grains industry.

Three young scientists have received post-graduate assistance to further their research into the grains sector in Western Australia, via the second round of the state’s grains research scholarships.

Marcia Correa Queiroz de Lima and Maninder Kaur from Murdoch University, and Mary-Anne Lowe (University of Western Australia) come from diverse backgrounds, and all hope to improve the production and storage of grains in WA.

In addition to the funding from the Department of Primary Industries and Regional Development, the researchers will be provided access to the department’s grains research facilities, working alongside experienced grains scientists.

Ms Correa and Ms Kaur will be supported for the four years of their PhDs, while the scholarship will support Ms Lowe as she completes her final year.

Ms Correa is undertaking her PhD after working on the Lancelin West Hills farm owned by Perth businessman Nick Tana.

She remained in Lancelin for four and a half years, before transitioning back to academia.

Ms Correa’s current research has been carried out with the Grains Research and Development Corporation and aims to improve fertiliser recommendations by determining the contribution of sub-soil potassium to plant nutrition.

She said greater take-up of potassium from the sub-soil improved plants’ resistance to stress, drought and frost.

“We’re always looking to increase the yield at a minimum cost, or at least keep the yield, because when the drought or the frost comes we lose some of it,” Ms Correa told Business News.

Southern WA is a particular area of concern because of cold and frost.

Ms Kaur’s research aims to improve the quality of stored grain by examining the use of cold plasma to prevent mould and insect contamination.

Ms Kaur grew up in a farming family in northern India, which faced its own issues regarding optimal grains production.

After completing her masters in biotechnology and moving to Australia, Ms Kaur said the scholarship had provided a platform to return to her original area of interest – plants and agriculture.

She said her research used ionised gas to de-contaminate fungal species in stored grain, rather than using potentially harmful fungicides.

“The fungi develop a resistance against those (fungicides), and once the fungi are resistant you can’t use those chemicals,” Ms Kaur said.

Cold plasma was an existing technique in medical and dentistry industries, she said, but the application to agriculture was new.

Ms Kaur said the techniques used in her research could have beneficial commercial applications for local farmers or export companies.

“Until now we have been focusing on producing more, but now the system is changing to save whatever we produced so we can feed more people,” she said.

UWA’s Ms Lowe intends to gain a better understanding of soils that repel water in order to improve infiltration of water into the soil and reduce yield losses.

The scholarship she received will support her final year of PhD study, after being supported by other grants from CRC for Polymers and UWA during her first three years.

Originally from a beef farming family in Bunbury, Ms Lowe studied environmental management at UWA before moving into her current area of study.

Ms Lowe said while productivity testing often occurred in the field, despite being affected by multiple variable factors, she had used controlled laboratory testing to see the actual effect of different techniques on water content in soil.

Having the combination of laboratory and field testing was an important step, she said, as it enabled researchers to pre-test in order to see the potential of different ideas and technologies.

All three women plan to continue careers in agricultural areas.

Ms Correa and Ms Lowe intend to pursue their careers in research and academia, further contributing to soil science.

Ms Kaur hopes to apply her knowledge in industry, either in grains or a related agricultural area.