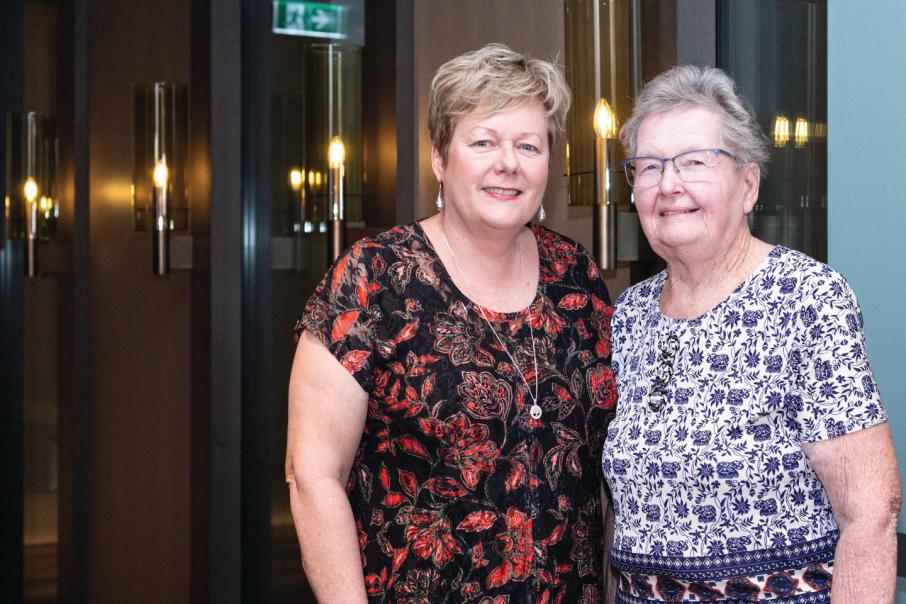 Medical researchers targeting reduced hospital readmissions, off-the-shelf cancer therapy, and 3D bone printing are among those to have benefitted from the Royal Perth Hospital Medical Research Foundation’s latest funding round.

The foundation today presented $300,000 in grants through its Springboard Grants Program 2019.

“Each project we have funded seeks to address the complex health challenges facing the wider community at home and abroad, while also enabling early career researchers to establish strong, professional track records,” she said.

“This year, we were proud to award 15 grants, valued at $20,000 each, to fund an impressive array of Perth-based projects.

“(These) include using genetics to shine new light on common psychiatric disorders, 3D printing bone for people with diabetic feet, how to curb chronic pain after breast cancer surgery and a genetically modified cell therapy for cancer that, it’s hoped, will one day be available off-the-shelf.”

The grant recognises the significant contribution to RPH and the nursing profession by Doreen McCarthy, who worked as director of nursing from 1990.

She participated in the establishment of the original East Metropolitan Area Health Service, the introduction of the new divisional structure at RPH, and played a key state wide role in the implementation of the hospital’s current nursing career structure.

After being appointed a professor of nursing at the University of Notre Dame Australia in 1999, she developed and established a new nursing program, before retiring in 2004.

High hospital readmission rates are a recognised and ongoing problem in Australia, costing hospitals and government millions each year, according to research from CSIRO.

Associate Professor Kelly told Business News this cost could be easily minimised by streamlining the discharge conversation, working with nurses to make sure they had communicated clearly, and patients had fully understood the next step.

She said this solution was both simple, and very cost-effective.

“The program started when I had this idea of using simulation roleplay to help nurses rehearse conversations,” Associate Professor Kelly said.

“Some of the masters students I was teaching at the time focused on the patient discharge conversation, because it often gets interrupted, and it’s not a high-priority, because it’s a matter of getting people out as quickly as you can.

“That’s a problem, more so now because people are sicker, and they’re often discharged before they’re ready to go home.

“If they’re older and don’t have anyone with them, the type of words that are used and the information that’s given doesn’t sink in.”

The grant will assist Associate Professor Kelly implement the findings of a 2017 pilot program that focused on health literacy and enhancing the discharge conversation by minimising interruptions.

She wants to ensure patients can more easily understand what their health issue is, why they were in hospital, and what they need to do to manage their own care going forward.

“The staff on the ward are really keen, interested and engaged with this, because they’re equally frustrated, and they don’t have time to talk with the patients,” Associate Professor Kelly said.

“Patients are very mindful of how busy staff are, and they often don’t want to trouble them, particularly if they’re older patients – that’s their mindset.

“The readmission to hospital is a real problem, and it’s because they’re discharged too quickly, before they’re ready … it’s a big picture fiscal jigsaw puzzle.”

“Congratulations to each of this year’s Springboard Grants recipients, I have no doubt that the world will be watching to see where this seed funding takes you,” Professor Beazley said.

“As WA’s former chief scientist, I’m always in awe of what can be delivered when you invest in people with the passion and purpose to improve health outcomes.”

Omar Azzam: Unravelling the role of the immune system in human hypertension.

Jason Dyke: Identification of a novel form of brain damage in epilepsy patients.

Sing Ching Lee: The connection between physical activity level and the rate of atherosclerotic plaque progression and vascular dysfunction in patients with diabetes.

Stephen Macdonald: The effect of fluid volume on inflammation during sepsis resuscitation.