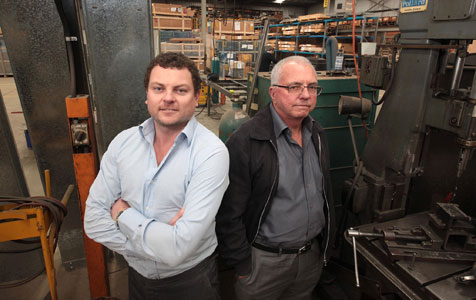 For half a century and over four generations Grant Elevators has evolved to meet the demands of a changing industry.

What started in the 1930s as a family run electrical contracting business became Grant Elevators in 1963, which focused on lift maintenance and working with other Australian companies to manufacture lifts.

However as those other companies increasingly were bought out by multinationals, Grant Elevators found itself a small player in a field of ‘full-service providers’.

To facilitate this, Grant Elevators formed a 50 per cent venture with Schindler – SchindlerGrants Australia – in the 1980s.

Under this arrangement, Grant Elevators manufactured the lifts, while Schindler installed and maintained them.

The agreement ended in the 1990s when Grant Elevators sold its 50 per cent stake, leaving Schindler with the maintenance contracts.

Since that split nearly 20 years ago, Grant Elevators has stayed on its own path, manufacturing, installing and maintaining elevators as an independent entity with a focus on the Western Australian market.

Sales to other states and overseas account for only about 5 per cent of its business, and have been made throughout the Asia Pacific and China.

The company has about 1,600 lifts installed in WA, about 15 per cent of the market, Mr Henderson said.

Mr Henderson said the company sold, on average, 100 lifts a year at upwards of $30,000 each with a 50 per cent split between the residential and commercial markets.

Simon Henderson’s father, Paul, is in charge of the manufacturing side of the business, which operates under the name Elevator Sales, while Simon operates the instalments and maintenance of the lifts under the flagship name Grant Elevators.

The company has experienced a five-fold increase in revenue during the past eight years, but Mr Henderson acknowledged the company was unable to sustain that growth and was facing challenges.

“It’s very competitive in terms of pricing although we still find quite a lot of work out there; the margins on equipment and things like that are really tight so that’s probably the main challenge at the moment,” Mr Henderson.

He said one of Grant Elevators’ strengths was its purpose-built factory, which enabled it to create custom products for clients, something competitors KONE and Schindler couldn’t match.

An example of this was the custom lift Grant Elevators supplied for the refurbishment of the heritage building at 88 William Street.

Another strength, Mr Henderson said, was the experience of the company’s staff.

“Everyone who works here, they’re all lift people,” he said.

“Our factory floor manager has been with us for 40 years; the level of expertise that our people have is pretty phenomenal.”

The business currently provides lifts for residential and commercial operations in the low to mid-rise market within an upper limit of 10 storeys.

It has long-standing relationships with European businesses, sourcing parts from both Italian and German companies. To this end, Grant Elevators has a full-time employee in Italy to facilitate the business’s activities.