Investor and company director Tim Goyder, who leads two of WA's top 20 resources companies, has started winding back his public board roles, with Chalice Mining announcing Derek La Ferla as its new chair. 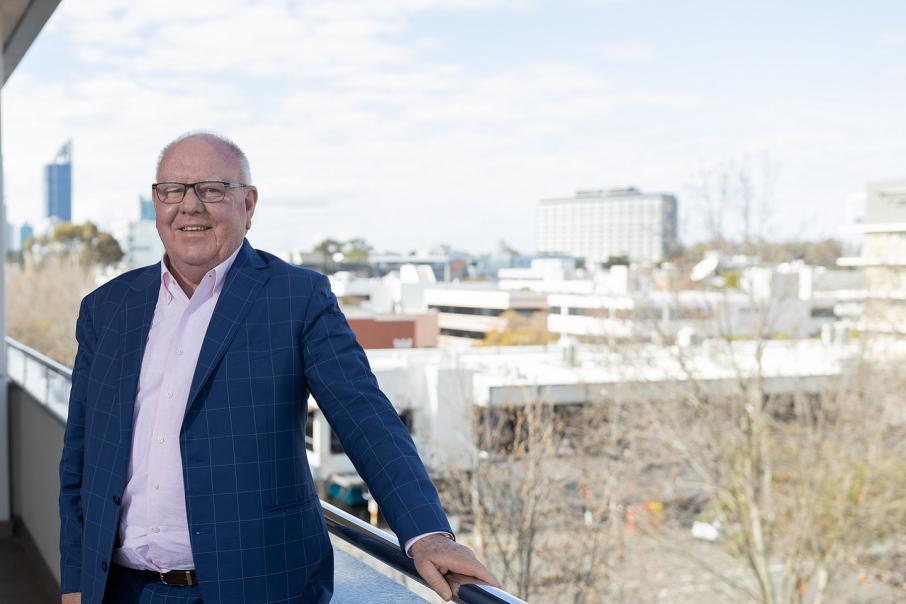 Chalice Mining founder Tim Goyder has resigned as the company’s chair and will be replaced by lawyer Derek La Ferla.

The company was established after Mr Goyder spun-out gold assets from his other company Bullion, now named DevEx, and called it Chalice Mining.

The mid-tier miner made a major nickel, copper and palladium discovery last year located 70 kilometres east of Perth at Julimar, near Toodyay.

Mr Goyder said it had been amazing to be part of Chalice’s growth trajectory, steering the company’s development to an ASX 200 explorer and developer.

“After a 40-plus year career that has delivered great successes as well as great challenges, I’m ready to take a step back and lessen my workload to focus on my personal interests,” Mr Goyder told the ASX.

“I do this with absolute confidence that the company is in a position of exceptional strength and is ready to embark on an exciting new chapter led by Derek and Alex and supported by our senior executive team.”

He will continue to consult the company in a part-time advisory capacity until the end of June 2022 and he remains a major shareholder in Chalice.

Mr Goyder said he saw positive outlook for the company and the wider mining industry.

“I can’t recall a time where commodities have enjoyed such a strong growth outlook across so many sectors,” Mr Goyder said.

“I will continue to advise the Chalice team and will watch on intently as the company continues to discover, grow and develop.”

Chalice Mining managing director Alex Dorsch thanked Mr Goyder for his contribution to the company and the guidance he had given him.

“Tim has steered the company through a remarkable journey over the past 15 years, overseeing its transition from gold exploration in Australia and northern Africa to its current status as one of the most exciting discovery stories in recent history,” Mr Dorsch said.

“Chalice has delivered a remarkable return to shareholders over this time, and Tim has been absolutely pivotal in driving this long-term success.

“We wish him the very best for a well-earned retirement, and we are very grateful for his continued support in an advisory capacity.”

Mr La Ferla is a partner at Lavan and serves as chair of Sandfire Resources and Poseidon Nickel.

He is also a board member of the Australian Institute of Company Directors.

Mr Dorsch said Mr La Ferla had an impressive track record and was well-regarded in the industry.

“We are incredibly fortunate to have secured his services at such a pivotal time in the company’s growth trajectory,” Mr Dorsch said.

Mr La Ferla acknowledged the legacy Mr Goyder was leaving and said he was looking forward to working with the board.

“With the impending delivery of a maiden Resource Estimate and the commencement of mining studies, Julimar is entering an exciting new phase of its development, and I believe my experience in overseeing a similar path at Sandfire allows me to make a very strong strategic contribution to the project and company,” Mr La Ferla said.

“I believe the positive demand outlook for the green metals found at Julimar, combined with the quality of the deposit will ultimately see Julimar become one of the most important new mine developments in Western Australia in recent years.”