Govt to sell WA in east to fill hotel beds 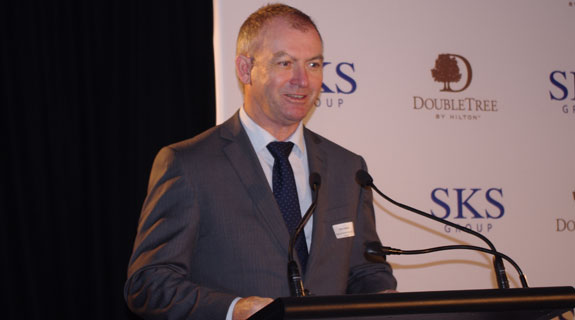 The state government will head off any potential oversupply in Perth’s booming hotel building sector by ramping up marketing Western Australia to interstate and international visitors.

Speaking to reporters at the official ground-breaking ceremony for the DoubleTree by Hilton hotel in Northbridge, Dr Hames said a $24 million war chest allocated in this year’s state budget would be specifically used to market the state overseas and on the east coast.

The marketing is necessary, Dr Hames said, because the pipeline for hotel development in Perth is so strong.

Business News research found earlier this year that there are 16 new hotel properties in Perth either just finished, under construction or likely to proceed, totalling more than 3,200 rooms. The state government identified the need for an additional 1,900 beds to be developed by 2020, but Dr Hames was not concerned about a potential oversupply.

“There are so many hotels now being developed that we have to make sure that as a state, we do the marketing to get more people here,” Dr Hames said.

“The more people we can get the better, because they spend money here and all of our industries prosper because of it.”

Dr Hames said $13 million of that budget had already been spent, while the remaining funds would be apportioned over the next two years.

He said the funds came from the Royalties for Regions programs, and as such, events in rural Western Australia would be showcased to attract visitors.

“We’ll do a lot of marketing of the events in the country, but they all feed through the city,” Dr Hames said.

“So we’ll be encouraging international people to come, but particularly we’ll concentrate on interstate people to come across into Western Australia.”

But Dr Hames did admit that previous efforts to lure east coast tourists to WA had not been as fruitful as the government would like.

“We will focus a lot on that in our next batch of money that we committed in the last election,” he said.

“Most of Australia is on the east coast, a lot of them haven’t come to Western Australia and we are completely different to what they have to offer over there, so we want to work hard to lure them across here.”