The state government plans to appeal last month’s shock Supreme Court ruling that overturned approval of the Roe 8 highway project, while also announcing it intends to proceed with a new environmental review of the project. 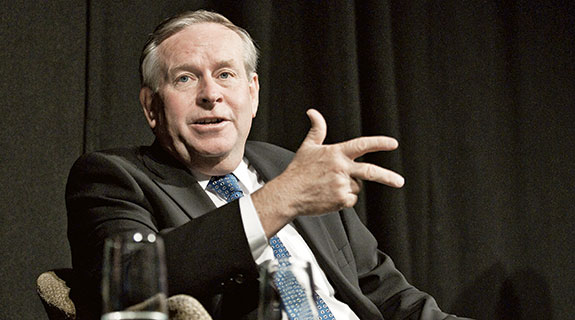 The state government plans to appeal last month’s shock Supreme Court ruling that overturned approval of the Roe 8 highway project, while also announcing it intends to proceed with a new environmental review of the project.

Premier Colin Barnett said the court ruling had broader implications and would be appealed to clarify requirements for approval decision-making.

“The ruling of the Supreme Court has created potential for great uncertainty across a whole range of government agencies, including local government,” Mr Barnett told a media conference today.

“The reason is that, in reaching the decision to declare the approval invalid, it has cast some doubt about the relationship between statute law, as established by parliament, decisions of a minster or the cabinet, as distinct from simple policy guidelines that are developed at a departmental or bureaucratic level.

“They are not law, they are not even government decisions, and yet that is where the invalid decision centred around.”

"The Environmental Protection Authority took no account of its own published policies at the time it made its decision and provided its report to the minister," the chief justice said last month.

"The court, therefore, concluded that the environmental impact assessment undertaken by the EPA was invalid."

The premier said the decision to appeal was based on advice from the State Solicitor’s Office.

“That is a big step to take, we understand the gravity of that, and we do it somewhat reluctantly, but it is the only way in which we can get clarity around that decision,” Mr Barnett said.

He said the appeal was necessary to provide clarity for assessment and approval processes right across government.

“The decision’s importance extends beyond just Roe 8; it is an important one for all of government because it deals with the question of when a government policy becomes a mandatory relevant consideration for decision-making,” Mr Barnett said.

Despite the legal uncertainty, the government will request the EPA to reassess the Roe 8 project, which is the first half of the contentious Perth Freight Link.

Mr Barnett said Roe 8 remained a key priority for the state government and was necessary for the safe and efficient operation of the road network in Perth’s southern suburbs.

“The state government will request a reassessment of the Roe 8 project to ensure that this critical project proceeds with all necessary environmental approvals in place,” he said.

Environment Minister Albert Jacob said the EPA would decide how the assessment would proceed.

“However, the EPA has advised me that it proposes the reassessment will be undertaken by the new chairman and delegates, who are yet to be appointed,” Mr Jacob said in a statement.

“We have a bizarre situation where the government is actually implementing a decision that it’s appealing, at the same time reviewing the EPA for the decision that it made,” she said.

Mr Barnett said the EPA’s new review of the project would probably take about a year, and the Supreme Court appeal may take even longer.

That suggests work on Roe 8 will not commence prior to the next state election, to be held in March 2017.