The state government will retrospectively amend its land tax legislation after a court ruling broadened the potential for property developers to obtain an exemption. 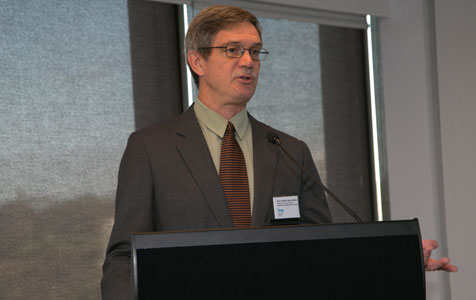 The state government will retrospectively amend its land tax legislation after a court ruling broadened the potential for property developers to obtain an exemption.

The State Administrative Tribunal ruled in November that developer Aveland was exempt from paying land tax on a parcel of land in Aveley, even though only part of the land in question had been put aside for a tax-exempt retirement village.

The Commissioner of State Revenue had deducted 15 per cent of the land tax on the basis that a proportion of the land was being used for an exempt purpose but the landowner objected, arguing the Land Tax Assessment Act did not require that the whole of the land be used as such.

Tribunal deputy president Tim Sharp upheld the landowner's objection and ordered the commissioner to issue a new assessment so that the land was exempt from land tax.

Finance Minister Mike Nahan said the issue had arisen from a drafting defect when the Act was re-written in 2002 which contradicted a long standing policy position pre-dating the current Act.

“As a result, I will be seeking to amend the legislation retrospectively, effective from July 1, 2003, to ensure that where only part of the land is used for an exempt purpose, only that portion receives the benefit of an exemption,” he said.

Mr Nahan said taxpayers who had already sought a review of their land tax assessments and whose objections had not yet been determined would not be disadvantaged by the amendments.

He said the move would potentially save millions of dollars in revenue towards essential services.