The state government has ceased its funding agreement with Carnegie Clean Energy for its Albany wave project, a week after the company reported a net loss of $45 million for the half year. 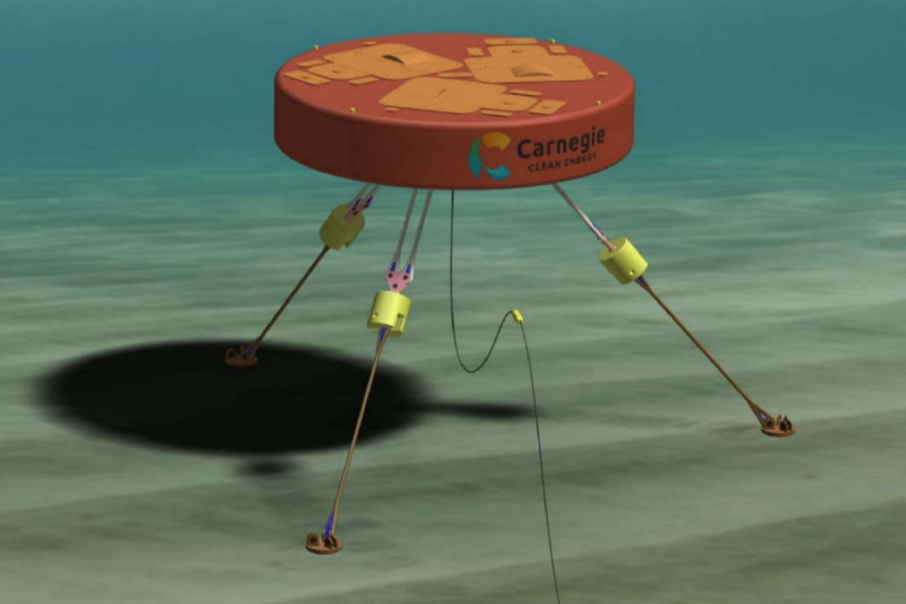 Carnegie has already received around $2.63 million from the state government for the project.

The state government has ceased its funding agreement with Carnegie Clean Energy for its Albany wave project, a week after the company reported a net loss of $45 million for the half year.

In a statement, the state government said the decision was made following concerns about the company's finances, driven by uncertainty surrounding the future of federal research and development tax concessions, losses from other operations and asset write-downs.

Under its agreement with the government, Carnegie has to provide a funding plan to detail how it would contribute at least $25.6 million to the project.

Its latest update to the plan was submitted on February 15.

Carnegie had already received around $2.63 million under its agreement with the government, and it emerged in parliament in September that the company had received the capital despite not meeting targets at the Albany project.

Regional Development Minister Alannah MacTiernan announced the $13.13 million in state government funding budgeted for the one-megawatt wave power project would instead be directed towards radiotherapy services in Albany.

In 2017, the federal government’s Australian Renewable Energy Agency granted approval for $11.7 million in funding for the Albany wave project.

"We are committed to diversifying regional economies, and this project was just one in a suite of initiatives to drive new job opportunities in the regions,” she said.

"The unexpected proposal to change federal R&D tax concessions created an environment of uncertainty that destabilised the company's finances.

"Carnegie's finances were in good order when the contract was signed and there was no way to predict the changing circumstances over the last 12 months," Ms MacTiernan said.

In 2017, the state government awarded $3.75 million to the University of Western Australia for a wave energy research centre in Albany, and today Ms MacTiernan said that investment would continue.

"Our government remains committed to research and development to ensure WA is a technology maker not a technology taker, and the University of Western Australia will continue its research work in Albany, which has already attracted scientists to the region," she said.

Carnegie largely attributed its $45 million for the half year to the end of 2018 to a $35 million write-down in the carrying value of its intellectual property, due to losses from its Energy Made Clean (EMC) business, major shareholders selling their shares, and negative media publicity surrounding the Albany Wave Energy project grant funding.

Carnegie acquired the 65 per cent stake in EMC it did not already own in 2016 for $18 million.

“Taxpayers of Western Australia have lost $2.6 million dollars because the McGowan government tried to buy votes in Albany at the same time as handing money to a company Regional Development Minister Alannah MacTiernan was a former director of,” Mr Nalder said.

“This announcement was made before the election, before any expressions of interest were called, before any tenders were drawn up and before any due diligence had been undertaken."

The Nationals WA again called for a parliamentary inquiry into Labor’s handling of the agreement with Carnegie Clean Energy.

Nationals WA energy spokesperson Terry Redman said an inquiry, which the Nationals first called for in November, was needed to get to the bottom of the state government’s awful decision making and handling of the project.

“The public deserve to know why the Regional Development Minister Alannah MacTeirnan decided to provide Carnegie Clean Energy with $2.6 million of taxpayer money last October despite multiple warning signs that the company was not up to delivering the wave farm,” Mr Redman said.

“Questions asked at the time by Nationals WA revealed Carnegie had not met any milestones attached to the state government’s $15.75 million funding commitment.

“Of further concern, Carnegie’s 2017-18 financial report stated the company incurred a net loss after tax from continuing operations of more than $63 million.

"An auditor’s note in the same report cast ‘significant doubt about (Carnegie’s) ability to continue’.

“Yet the minister still decided to hand over a significant sum of taxpayer money."