The state government has signed a $2.2 million marketing deal with discount airline Jetstar as it looks to attract more interstate and overseas visitors. 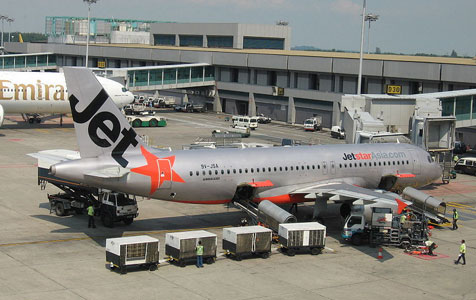 The state government has signed a $2.2 million marketing deal with discount airline Jetstar as it looks to attract more interstate and overseas visitors.

Under the new three-year partnership, Jetstar will promote Western Australia through advertisements in domestic markets and in Singapore.

Tourism Minister Liza Harvey said the government's previous partnership with Jetstar, signed in 2010, had delivered a significant return on investment for the state.

She said the agreement would help address concerns that it was too expensive to fly to WA from other parts of Australia.

"Research has shown us that the cost of flights to Perth from Melbourne or Sydney has been a barrier for people wanting to visit WA," Mrs Harvey said.

"This agreement with Jetstar is important because it promotes low-cost fares to WA, as well as the extraordinary experiences visitors can enjoy here during their holidays."

The Jetstar deal is the second major aviation agreement the government has signed in the past five months.

Tourism WA signed a three-year, $7.6 million deal last September with Qantas, the owner of Jetstar, to promote WA in the domestic and major international markets.

Mrs Harvey said marketing agreements with airlines were a critical part of the government's hopes to double the value of the tourism industry to $12 billion by 2020.