The state government has formally commenced seeking a UNESCO World Heritage listing of the Burrup Peninsula, which is home to some of WA’s largest industrial facilities and signalled any new projects will need to meet the highest environmental standards. 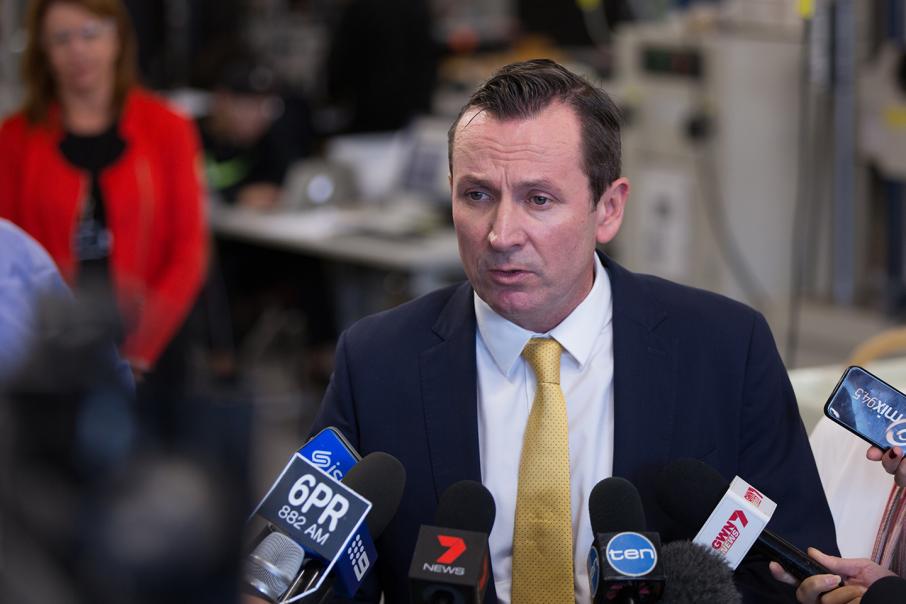 Mark McGowan talked up the potential conservation and tourism benefits of a listing.

The state government has formally commenced seeking a UNESCO World Heritage listing of the Burrup Peninsula, which is home to some of WA’s largest industrial facilities and signalled any new projects will need to meet the highest environmental standards.

Premier Mark McGowan and environment minister Stephen Dawson talked up the potential conservation and tourism benefits of a listing while also signalling it was possible for industrial projects to coexist with the site's conservation values.

“Clearly any industry has to go through the highest environmental approval processes and standards before industry is approved here,” the premier told journalists.

“I think we can work with industry to achieve this outcome,” he added.

“Industry has been here for 50 years now so we need to work cooperatively.”

The Commonwealth Government will then progress the nomination to UNESCO, which is part of the United Nations, for consideration.

The premier, Murujuga Aboriginal Corporation and representatives from the five traditional language groups today signed a joint letter of support, addressed to the federal government, to begin the formal process.

The Dampier Archipelago, the Burrup Peninsula and Murujuga National Park are home to the world’s highest concentration of rock art engravings, or petroglyphs.

These petroglyphs are thousands of years old, and are considered to be of immense cultural and spiritual significance to Aboriginal people, and of local, national and international heritage value.

The listing would place the Burrup alongside other World Heritage listed properties such as Stonehenge, the Taj Mahal, the Great Wall of China and Grand Canyon National Park.

The premier said the Burrup is of great spiritual significance, a vital part of Western Australia’s cultural heritage and the site of internationally significant petroglyphs.

“World Heritage listing represents a game changing opportunity for tourism in the Pilbara and Western Australia bringing international awareness of the Burrup, its incredible rock art and Aboriginal culture,” he said in a statement.

“We expect many new jobs would be created as a result.

“Industry, the environment and indigenous culture already co-exist on the Burrup, and this will continue with the World Heritage listing.”

The Burrup is home to Woodside Petroleum’s giant Karratha and Pluto gas plants and much of Rio Tinto’s iron ore export operations.

It is also home to an ammonia plant and a technical ammonium nitrate plant, both owned solely or partially by Norwegian company Yara International.

Local company Perdaman Industries announced in April plans to invest $US3.3 billion ($A4.4 billion) building a second urea plant on the Burrup.

The most likely location is adjacent to the Yara plants, which are just a few hundred metres from much of the rock art.

It has been suggested the cumulative impact of emissions from industrial plants on the peninsula has damaged the rock art.

Conservationists have proposed any new industrial projects should be at the Maitland industrial area on the other side of Karratha.

Mr Dawson said the boundaries of the World Heritage application were yet to be determined but it was likely to follow the 2007 national heritage listing, which includes the Dampier archipelago.

A Woodside spokesperson said the company supported the ongoing protection, conservation and management of the National Heritage Listed values of Murujuga and the wider Dampier Archipelago as reaffirmed in the 2017 Deep Gorge Joint Statement.

"The decision by Murujuga Aboriginal Corporation and the Premier to pursue World Heritage Listing provides important recognition that areas of Murujuga contain heritage sites of international significance," the spokesperson added.

"Woodside will continue to work with the Murujuga Aboriginal Corporation to identify how we can support traditional custodians through the World Heritage Listing process."