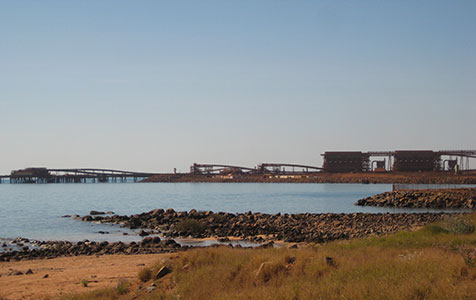 Treasurer and Transport Minister Troy Buswell announced today the government had given the green light to a private public partnership between the Dampier Port Authority and a private investor.

The partnership would involve a long-term lease over the port authority’s existing assets, including its cargo wharf, bulk liquids berth, load-out facilities and 7.2 hectares of land.

The government is also looking for investment in new facilities to bolster the port’s capacity.

Dampier’s port is in the unusual position of already having most of its assets privately owned.

These assets include massive export facilities developed by Rio Tinto and Woodside Petroleum.

Mermaid Marine also operates a major supply base at Dampier, on land leased from the port authority.

QUBE added to the private investment last year when it struck a deal to build a floating deck for ‘roll-on roll-off’ cargoes, also on land leased from the port authority.

Its new facility, due for completion this month, includes a 100-metre transfer barge, construction of a 60-metre long barge berth and cargo laydown area next to the port authority’s existing cargo wharf.

The facility will provide the ability for vessels to discharge at safe anchorage, offloading cargo to QUBE’s specialised cargo barge for transfer to the shore facility rather than waiting on demurrage for berth access.

The call for private investment at Dampier comes days after Fremantle Ports invited expressions of interest from the private sector to develop and operate a new bulk liquids berth at Kwinana, at a likely cost of more than $100 million.

Mr Buswell said today that Dampier port achieved a record tonnage last financial year and was growing at around 5 per cent per year.

“However, the port’s high level of growth has put pressure on its infrastructure which is not keeping up with demand,” he said.

“More private sector investment at Dampier Port will help alleviate capacity constraints and delays, ease road congestion by allowing freight to be transported by sea to the port, while removing risks to government associated with financing, building and operating the facility.

“Importantly, it reflects our policy to continue attracting further private investment in our ports.”

The Dampier Port Authority will retain responsibility for the safe operation of the port.

It will open an expression of interest in coming months.

“Businesses are ready and willing to invest in existing and new WA infrastructure projects and have demonstrated the ability to deliver infrastructure in a more efficient manner,” Mr Nicolaou said.

“The next step should be to consider a wider review of its existing assets and spending programs to identify other opportunities for private sector involvement."