The state government has released details of its new digital innovation framework on the same day the auditor general slammed the state for letting its ICT strategy fall behind the rest of the country. 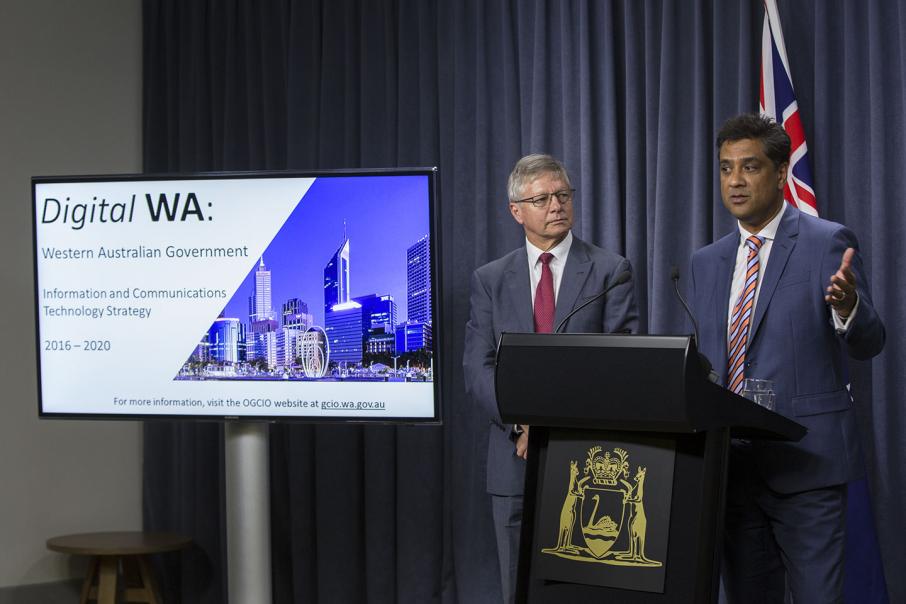 The state government has released details of its new digital innovation framework on the same day the auditor general slammed the state for letting its ICT strategy fall behind the rest of the country.

Releasing the Digital WA strategy framework with chief information officer Giles Nunis today, Innovation Minister Bill Marmion said the framework would give Western Australians easier access to government services whenever and wherever it was convenient for them.

The framework is the state government’s strategy of reducing its current $1 billion-$2 billion annual spending on ICT.

Over the next four years, the existing 230-plus government websites will be consolidated into a single web portal, while a target has been set for 75 per cent of government-related public transactions to be completed online by 2020.

“From simply paying bills online to obtaining the latest information and data on everything government that matters to you, that is the Digital WA promise once fully implemented,” Mr Marmion said.

“In November last year, I launched the GovNext ICT initiative which will improve how government agencies pay for, and use, technology across the public sector.

“GovNext ICT helps agencies to migrate into the cloud, reduces the cost of running and maintaining systems, and connects all agencies into a single government-wide network, enabling synergies to be realised that were previously impossible.”

Mr Nunis has previously said the shortlisted prime contractors to work on the GovtNext initiative would be appointed by August.

“Governments across the world are embracing modern digital technologies to transform the way they serve citizens and operate efficiently,” Mr Fitzpatrick said.

The framework was released on the same day Auditor General Colin Murphy said in a report that the state government was years behind other states.

The website ‘wa.gov.au’ is supposed to provide a gateway to the state government and its services.

“Instead it is poorly designed and not comprehensive, with news and weather in the centre of the page, comparing unfavourably to the UK government's ‘gov.uk’ and its clear focus on services backed by a prominent search window,” Mr Murphy's report found.

“Many government services available online in other states and territories are not online in WA.

“For example, people can apply for a birth certificate or replacement driver’s licence online in most states but in WA applications must be by post or in person.

“WA’s cost recovery based fee of $47 for a birth certificate and $36 for a replacement driver’s licence might be reduced substantially if they were online. Fees for the same services online in Victoria, for example, are $31 and $22.60 respectively.”

Mr Murphy’s report said not all government agencies have regarded online services as a high priority and competing needs and internal barriers such as legacy systems have inhibited progress.

"It was apparent that WA is not as advanced as some other Australian jurisdictions in delivering common services online," the report said.

"The absence of any strong centralised leadership, policy input or oversight is a probable cause of this situation."

Only two of them, Landgate and Commerce, measured the costs and savings of moving services from manual to online, implying significant money was wasted within the government by customers submitting forms manually.